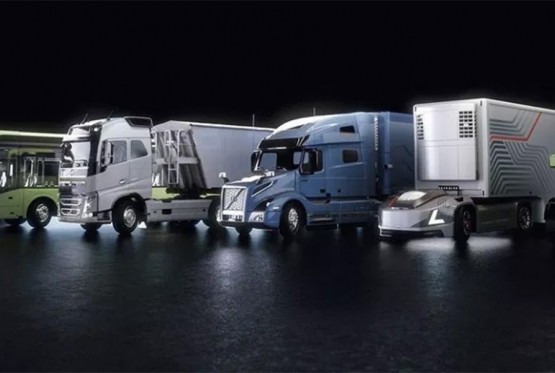 Volvo and Nvidia have teamed up to develop artificial intelligence for use on self-propelled trucks from a Chinese-owned Scandinavian manufacturer.

The Volvo Group announced that the Nvidia DRIVE platform for autonomous driving will be used to train, test and refine AI vehicles for public transportation, cargo transportation, construction, mining, forestry and recycling vehicles.

Two companies were created by two engineering teams that will cooperate with each other. One will be located in Gothenburg, Sweden, and another in Silicon Valley, California. Together, they will be responsible for the development of the DRIVE AGX PIVEUS AI platform within vehicles that will use DRIVE AV software for processing, 360-degree perception, as well as location and route planning. It will also test and validate systems using the Nvidia DRIVE platform.

The Volvo Group plans to use Nvidia-based solutions in a wide range of automated automotive vehicles. By 2040, vehicles of all types of shipments are expected to exceed 78 billion kilometers per year each year to deliver goods ordered online, according to consultancy firm KPMG.

Freelancers could work 24 hours a day, which would improve delivery time and help complete service efficiency. That would reduce logistical costs by about 45 percent in the US, in practice the economy would be $ 85 to $ 125 billion, according to McKinsey experts. Nvidia has previously announced technology partnerships with automakers Volkswagen, Mercedez-Benz and Toyota.