Due to the epidemic caused by the corona virus, visits to doctors have been significantly reduced, announced the Patients’ Association “Let’s Overcome Asthma and Allergies” (A3). 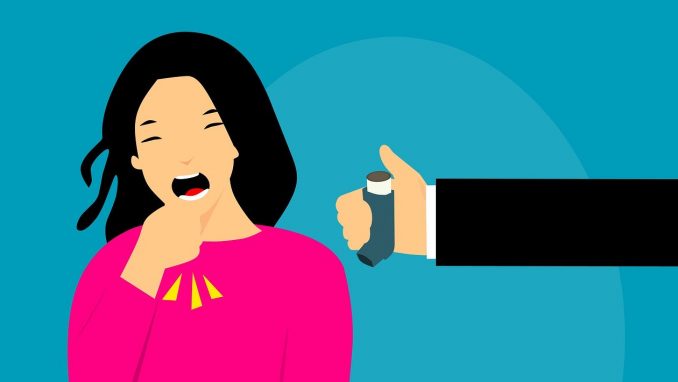 About eight percent of adults suffer from asthma, and that is about 500,000 people in Serbia, and because of the crown, its treatment is difficult

– We will carry out 10 personalized counseling centers online through the “zoom” application, every Wednesday from 4 pm to 7 pm. The consultation will last 20 minutes per patient. In the next 10 weeks, more than 100 patients will have the opportunity to receive advice on the problems that plague them. Online counseling centers started successfully last Wednesday, October 28, and the entire “Ace at 10” campaign is part of the global “Asthma Zero” project, said Ivana Vračar, president of the A3 patient association.

She explains that consultations are free, but scheduling is mandatory. They are aimed at patients suffering from asthma, chronic obstructive pulmonary disease and other lung problems. Registration and scheduling are done through the Facebook page “Let’s beat asthma and allergies” (messages in the mailbox) and through the email address: pobedimo.astmu.allergijeŽgmail.

Asthma is one of the most common chronic respiratory diseases in the world. There are no accurate data on the number of patients, but the latest statistics show that about 8% of the adult population suffers from asthma, that is, about 500,000 people in Serbia. It is characterized by episodes of shortness of breath, a series of shortness of breath, chest tightness and cough.

– In our country, the number of patients with a proven clinical picture of kovida 19 is increasing, but when we talk about patients who also have asthma, the situation is such that there are periods of the year when we usually have a greater number of asthmatics, which it is a growing problem for them. Due to the epidemic of the corona virus, the situation is now different. We have never had a smaller number of patients, newly diagnosed and elderly asthmatics, and this only proves that there is a fear among them of contacting and coming to health institutions, highlights Ljiljana Timotijevic, director of the Municipal Institute of Lung Diseases and Tuberculosis .

She recalls that doctors in an emergency tried to keep in touch by phone, email, etc. Now, thanks to the A3 Association, we have taken a step forward with the action “Ace at 10”, within which the aforementioned free consultations are organized for all patients with specialists.

Normal life with asthma is only possible if it is controlled. However, in a large number of patients, due to inadequate therapy and the misuse of inhalers, symptoms such as suffocation and seizures occur frequently, which are currently only treated with medication to relieve symptoms. Research from around the world has shown that a quarter of treated patients have uncontrolled asthma and, in some cases, up to half of patients. More than 50 percent of patients did not undergo therapy daily as prescribed, while 92 percent of respondents thought they controlled asthma well.

Mild asthma attacks are the most common and subside within minutes or hours after taking the medication to quickly relieve symptoms. These include: coughing, wheezing, shortness of breath and the ability to speak complete sentences between breaths. Moderate seizures are a little more rare, but they last longer and can be recognized by a constant cough and moderate wheezing in the lungs, obvious difficulty in breathing and the ability to speak only short phrases between breaths. Serious asthma attacks are serious and require urgent medical attention. In the case of these attacks, some of the most common symptoms are: severe difficulty in breathing, inability to pronounce more than one or two words, very soft wheezing in the lungs, retraction of the muscles in the throat and rib arch, a person who is pale and sweating, lips and / or nails can flood, the person is very upset and scared.

Support us by being a member of Danas Readers’ Club

At the time of general tabloidization, sensationalism and media commercialization, we have been insisting on the principles of professional and ethical journalism for more than two decades. We were banned and called, no government was kind to criticism, but nothing prevented us from informing them objectively on a daily basis. That’s why we want to count on you.

Membership to the Danas Readers Club for 799 dinars per month you help us stay independent and consistent with the journalism we believe in, and you receive a PDF of tomorrow’s edition of Danas by email every night.