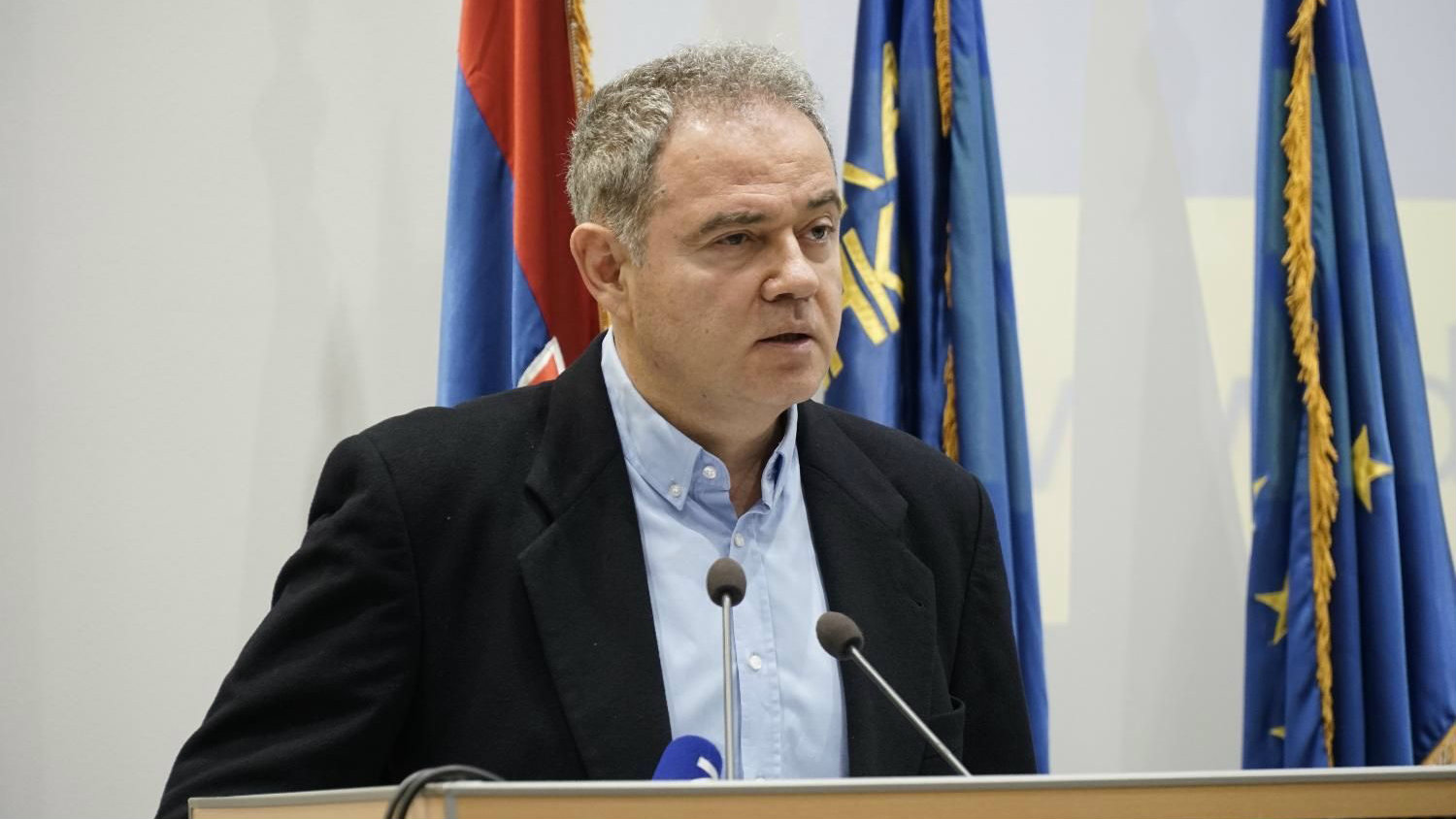 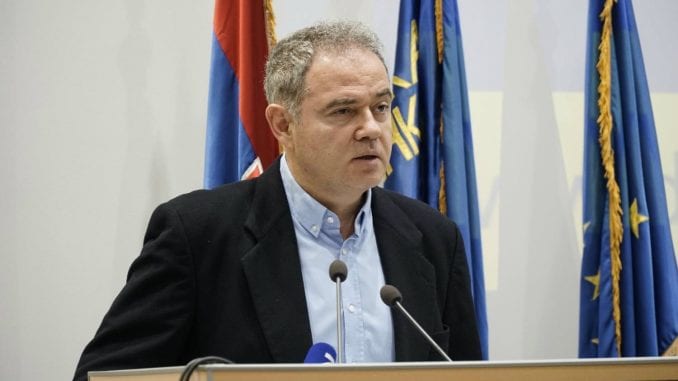 It is the order of unstable foundations because it depends on the evaluation and goodwill of the authoritarian and the support he receives from the great powers, not from independent institutions and from the balance of liberal and democratic principles and practices. This is the order based on the phenomenon of "captured states," where laws are created according to the needs of powerful individuals, contrary to the interests of citizens and the state. The state is captured with the help of a successful political and economic elite under the supreme command of the autocrats, "said Zoran Lutovac, Democratic Party chairman Danas in an interview for the 29th anniversary of the creation of the DS.

* The Democratic Party celebrates the anniversary practically under similar conditions of autocratic rule, as it did 29 years ago. How do you explain this and how Serbia is forever in a situation to take a step forward, two steps back. Who is to blame for this?

– It is not easy to construct a democratic construction under the conditions of undemocratic political culture, without a democratic tradition, and in the country of underdeveloped institutions, where the cult of personality is above the rule of law. The Democratic Party was the driver of the modernization and, in this sense, of the political vanguard, but often did not have the political support of others in these efforts.

* On the anniversary of the celebration, you announced a reaffirmation. What does that mean, and you expect the former DS leaders to return under the auspices of the Democratic Party?

"That's exactly what I said, that the division time was past and it was time for the pendulum to move to the other side, to the collection side, to the merger. In the interests of citizens, the Democratic Party must once again be a civic-democratic gravitational force. And this is not a story about leaders, but about citizens. Leaders are solely responsible for seeking the cooperation arrangements that will guide them.

* The birthday celebration was attended by Dragan Đilas and Boris Tadić, although each of them, separately with his departure, contributed greatly to the weakening of the DS. Can your group members forgive them?

– Each of the party leaders carries the burden of merit and responsibility. When we talk about the future, we are talking about what will make us stronger, not about the misunderstandings of the past.

* How is it possible that Vucic has usurped all the levers of power?

– The kleptocratic elites seek to control civil society as a corrector of political processes, form their NGOs from the state budget or EU funds, suppressing true and responsible NGOs, denying this very important segment of a democratic society. How could this have happened? So that there is no division or mutual control of power, independent institutions, nor developed critical public opinion and free media as a power broker. An ideal opportunity for an autocratic predator.

You say that the imperative and the condition of existence and survival is the return of the state. Can this be achieved by the protests that entered the third month?

"Can this be achieved without protest?" Obviously, there is no way to change things in a just and fair just election, because there is no readiness to organize such elections. Protests are a way to exert political pressure that would lead to the necessary changes.

* The appearance of protesters in protests was used by the government to pass protests and opposition. Can these counterproductive disruptions be avoided?

"It's a single explosion that can not dishonor the purity of protest, no matter how propagandistic it may be." It's a wonder that there have been no similar explosions so far, as tens of thousands of citizens have been protesting for weeks. It is very important that when incidents occur they are isolated and condemned.

* How long do you think the authorities will tolerate peaceful protests? The prime minister has already begun to complain that she can not work because of her walk.

– The duty of the authorities is not only to tolerate peaceful protests, but also to listen to the demands of citizens who are protesting.

* What made people walk in winter, snow, rain. Did Vučić's golden age lead them to the streets, which, according to some analysts, turned into iron?

– Reasons are different. Initially, people took to the streets to say "Stop the Violence", "Stop with Bloody Shirts" after the broken head of Borko Stefanovic. The verbal violence that generates the top of this power has occurred in all segments of society, and this is one reason why people are outraged, as well as the annoying messages that emanate from the top of the dominant coalition, so there is non-free media, lack of elemental justice, huge inequality and poverty in society, which causes an increasing number of people to leave the country in search of naked existence, then several concrete incidents as a result of a corrupt state and non-liberating institutions …

* Do you care that citizens do not want to lead the parties in protests and is the price that the opposition part pays because of the previous brutal behavior and alienation of the people?

– Some citizens still bother this, however, there are citizens on the streets who do not care and a large number of citizens who are party members. I think animosities of this sort are slowly pushing to the other plane because they are common goals above every such personal dissatisfaction.

* You expect Vucic to fulfill the request and leave the government. His former colleague Boris Tadic thinks he will not do it peacefully.

– It will be enough to fight for fair and just elections, in such elections he can not win. I think it is in your best interest, although I also find that he is still not aware that this is a rational solution in the interest of everyone, including himself.

* Sam Vucic states that he will leave power when he wants, not because you want, Djilas, Jeremic and SZS.

– This statement is fully in line with its autocratic nature and with the previous statement that it will not meet the demands of citizens who protest, even if there are five million.

* In addition, you announced an election boycott if they are announced, but it is not very clear how you will change that power. If this is not a democratic way, then how?

– Boycott is not a goal, but a possible outcome of the fight for fair and honest elections. In the case of ignoring the demands for just and fair elections, the boycott is a completely legitimate means of fighting. Civic protests are also democratic forms of political struggle. Where democratic institutions function, they are very legitimate forms of direct expression of political will, such as protests or demonstrations.

* The opposition announces the so-called agreement with the people. Do not you think that this idea is not at all original and that people on October 5 already had one of these agreements?

– It is the responsible act of responsible people who are looking for a social contract that would be the basis for building a democratic Serbia. The agreement with people who had DOS was different. It was a unilateral agreement that forced politicians to keep some promises. This agreement with citizens (the people) is essentially a bilateral agreement formed on the initiative of citizens who protested and the opposition is committed to change the system and essential access to politics, an approach that introduces the ethics of responsibility rather than the ethics of good intentions in political life.