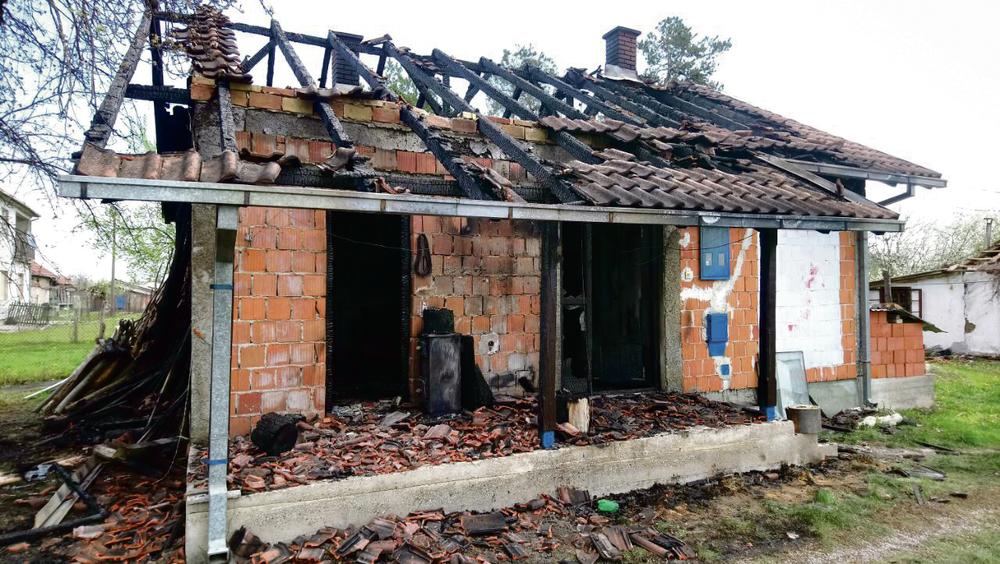 Vojislav Boskovic, 46, from the village of Divci in Valjevo, gasped and gasped at his house, while firefighters fired on his new house and sheds, which he had previously burned!

The real drama was played on the night between Saturday and Sunday, and Vojislav was transported to Belgrade with severe burns all over the body.

As we have seen, in the middle of the night, Boskovic first burned the shed and then a new house. When the fire began to rain, neighbors called firemen, and Vojislav hid in an old house, located a few meters from the new one, in the same courtyard.

The firemen came quickly. While several teams extinguished a fire in the house and an auxiliary building, they noticed a man in an old house. They tried to convince him to get out of it, but he held a knife in his hand and he refused. Soon he choked, picked up a candle and burned it with fire, eyewitnesses said.

As they say, only then did the horror follow when there was a loud explosion.

"The detonation was heard, everything was shaken. The explosion was probably due to gasoline vapors. As she was strong, she says that the wall of the house has burst and the door of the room, where Vojislav was, flew a few feet away – says Courier's interlocutor.

As firefighters fought in the battle with a fire point and tried to close the fire to not spread to other houses, they were in the vicinity, the emergency team led a fight to save the life seriously injured by Vojislav. After receiving medical attention at the Valjevo hospital, where serious injuries were found to be life-threatening in the form of third and fourth degree burns, he was transferred to Belgrade for further treatment.

Aleksa Janjušić, the first neighbor of the injured Vojislav, tells Kurir that he has psychological problems, for which he was previously treated.

"However, lately he was calm and we had no problems with him. I do not know what led him to this, but I suppose he could not reconcile with the loss of his mother and brother in no time, that both died in less than a year – said Aleksa Janjušić.

As we learned, after the death of his mother, Vojislav lived alone in a family home in Divca. Neighbors say he did not work anywhere and that he lived with social assistance.

Vojislav's neighbor says the scene in Boskovic's backyard was scary.
"We did not know what happened to us. My house is located a few feet from his old house, where he choked and burned. We heard that something fell, it woke us up. When we left, we saw that there was a new house and a shed and that the fire was over. The roof began to crumble, horrible sounds were heard. We immediately called the firefighters, who went extinct all night – recounts the drama of the neighbors.