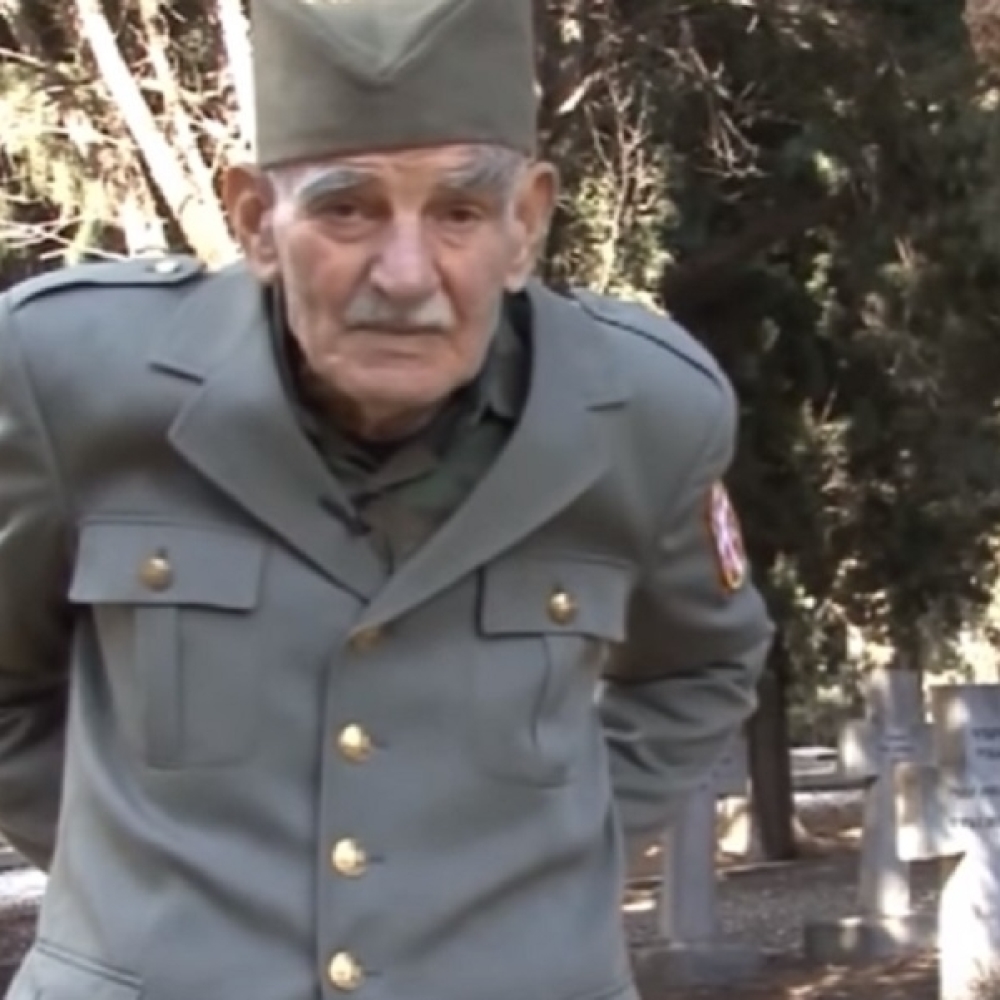 The guard of the Serbian military cemetery in Zejtinlik, Djordje Mihailovic, celebrates its 91st birthday today.

For more than half a century, Grandfather George preserves the tombs of the warriors of the glorious time killed by the motherland during the advance of Thessalonica, the decisive battle in the First World War. In Zejtinlik, there are 21,000 warriors, of whom 8,000 are from Serbia. Grandpa George knows the names of each of them and prevents them from forgetting. He anticipates and praises the descendants of the Thessalonians, recites the verses of Vojislav Ilić Younger, and cordially shares advice with the younger generations.

The work of the cemetery guard was inherited from the father Đura, and it was from his father Sava Mihailović, a volunteer volunteer of the Grblje family near Boka Kotorska. Although in age, honorable antiquity can not be. Today he celebrated his 91 year birthday, but he regularly visited the cemetery, cleaned up what he needed, helped. True, not as before. Given that there are no male offspring but two daughters as well as due to health status, grandfather Đorđe was succeeded by Predrag Nedeljković in this place in 2014.

A century ago, a century ago, from the advance of the Thessaloniki front reached the end of the year. Deda Djordje, always in the military uniform of the warriors of the Great War, had a great desire to know this anniversary. He could not hide the happiness and pride he feels when the famous Thessalonians are mentioned. Then we find her great support and support, Grkinja Fatini, who is called Svetlana, wife of grandfather Djordjev, with whom she celebrates 59 years of marriage this year.

– Đorđev's uncle met us and so, little by little, was born the love we cultivated 58 years ago. We have a daughter and two grandchildren, a lawyer and a pharmacist. I'm from a Greek village, but I moved here because of Djordje. We are old and our health does not serve us well, but we are well preserved. Djordje does not have holidays, works constantly, so we did not have the opportunity to visit Serbia frequently and his health was impaired, "said Fatini.

A few years ago, George wrote that he passed away, and he told us earlier that everyone had experienced it.

"Four years ago I was seriously ill and the doctors sent me home because I had no salvation. They saw on the internet that they declared me dead, came here to leave wreaths, flowers and candles, and then I went out before them like Emperor Lazarus, "explained George's grandfather.