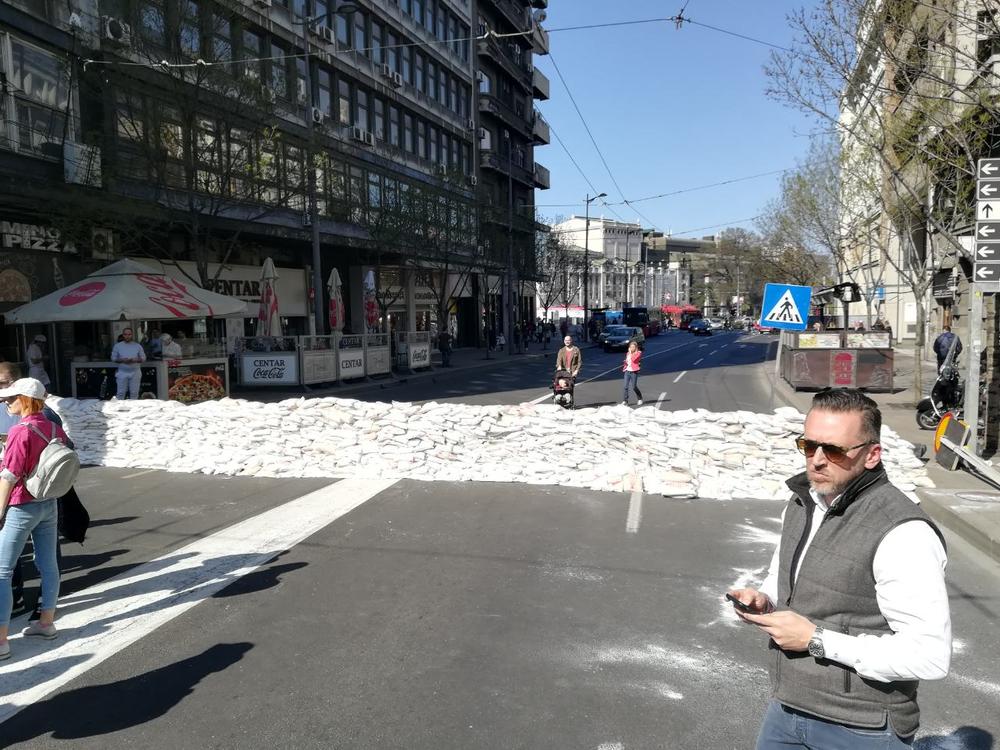 "The kicks that Marko Bastać and Nikola Jovanovic blocked Terazije yesterday and harassed the citizens are the jackets in which it was packed by the Town Hall of Stari Grad of Belgrade city this winter, to distribute it to shelter councils and citizens," – said on Facebook. manager Goran Vesić.

"The hooligans brought 1,100 pounds of five pounds of 5.5 tons of salt to Terzije, where the municipality of Stari Grad received a winter from the city of Belgrade and all other municipalities to distribute to citizens to clear the entrances in front of their Dripac Marko Bastać hid from the citizens, did not give them what they have for free, but preserved it by destroying the city and the performance. This is the policy of Mark Bastić because he never took care of the interests of citizens solely on his behalf. "" He should be ashamed, "Vesic said with photos.

To remind, a little more than 20 protesters, supporters of Dragan Djilas, blocked traffic yesterday on Kolarčeva street in the center of Belgrade.

They arbitrarily placed the boats on one of the main roads of the city and thus stopped the traffic in that part of the city.