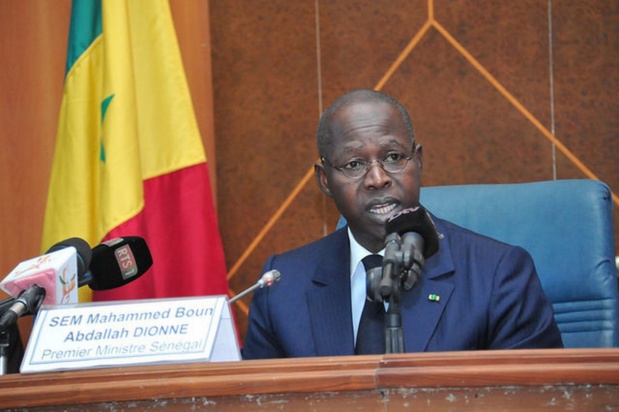 Mahammed Boun Abdallah Dionne, Prime Minister: "What would the PES be without the Senegalese company?"

In response to the arrests of the Senegalese private sector, transmitted by the President of the National Council of the CNP, Baïdy Agne, the head of government recalled the funding envelope of public-private partnerships for phase II of the PES to be covered, which is 2.8 billion, was submitted to the Senegalese private sector. It was during the Private Investors Forum in Paris.

At that meeting, four sectors with inclusive growth and sustainable social progress were the subject of discussions and discussions with the Senegalese private sector, namely oil and gas; digital; agroindustry; and infrastructure.

Mr. Dionne expects private sector actors to be ready because "the Head of State has instructed us to act swiftly and to do good in accordance with the principles of good governance and transparency."

According to him, major reforms will be undertaken at the fast pace, according to his will, in the interest of stronger and more inclusive growth, with an average growth rate of 9% in the period; greater mobilization of internal resources and improvement of public spending.

Added to this is the increase in the development of human capital to further capitalize on the digital dividend; strengthening of governance and modernization of public administration; completion of structural and sectoral reforms.

Not to mention the finalization of the legal and institutional framework for public-private partnerships; the creation of a seed fund to attract private funding sought, etc.

To this end, the strong involvement of the national private sector is one of the main orientations of the PES II Priority Action Plan (PAP) 2018-2023.

Announced instructions to promote the national resources of "Digital"

The Prime Minister, who conceals his "great pride" in noting the "digital" competence of the national private sector, announces that instructions will be given to the Ministry responsible for Digital in collaboration with ADIE, ARTP and ASEPEX to promote and strengthen "Digital" national resources.

Mahammed Boun Abdallah Dionne believes that if the President of the Republic has decided to make the digital economy a complete ministry, it is to achieve the goals of Senegal-Digital 2025.

On oil, the head of government who welcomed the adoption of the Local Content Law, followed by his promulgation by the Head of State, announced the entry into force of the second stage.

In fact, he confided, the necessary consultations with stakeholders will be made. "In addition to the definition of the Senegalese company as a beneficiary of the local content we wanted to highlight, the national private sector will be present at the agency responsible for monitoring and follow-up."

In his view, taking the time to do well the deeds that involve our present and future generations is the decision of the Head of State.

In this dynamic, it recalls the government's declared desire to revive the dynamics of industrial production, participated in the selection of Senegal as a pilot country for the operationalization of UNIDO's new approach to inclusive and sustainable industrial development.

According to him, this new reflection for better management of the value chain (State-Industrial-Traders-Consumers) is to be welcomed.

Before emphasizing that the "Less" of imports of industrial products and inputs into Senegal is a reduced trade deficit, reducing capital transfers abroad, higher local value added, more jobs created and consolidated.