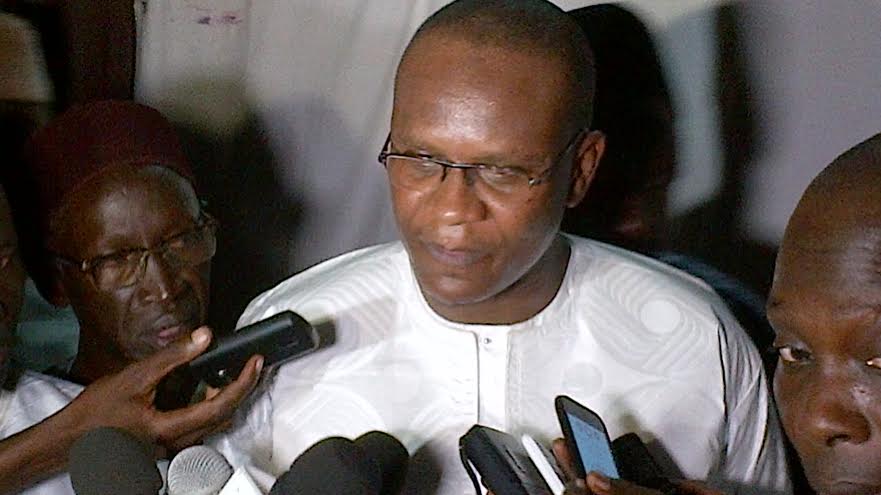 For this weekend, the main goal of Lat Diop, Apr's political and director of Cooperation and Finance, was holding a rally and receiving Fallou Day, now former deputy secretary of the Touba Reform Youth within the presidential party.
In the end, he will be happy to make an appeal in favor of the candidate Macky Sall, who, he will say, during his first term, did for Touba what no one else did for the city.

Surrounded by local politicians like Mor Gaye, who helped invite former Idrissa Seck Baye Maguette Diakhaté collaborator, a former deputy, Lat Diop lamented the absence of effective relays capable of replacing President Macky Sall at the local level. people who need, according to him, to feel their leaders by their side. Which is not really the case. This proper political discourse must reach them. The people need to know everything the president has done for them, for Touba and for Serigne Touba. They need to understand what a road means to the economic life of a community. Once done, you will realize that they will feel the need to re-elect you in 2019. "
Lat Diop, who refuses to imagine a victory for his candidate without first winning a victory in Touba, invites people to turn their backs on the opposition permanently. Scratching Idrissa Seck, whom he will not quote, Lat Diop will be joking when he addresses his new comrade Fallou Day. Whoever goes forward never takes a vehicle that just goes back. Your ex-leader does not inspire more confidence. He has no more credit in the eyes of people. "
Lat Diop, visibly committed to making his political contribution to Touba, intends to sink the opposition, not without reminding his party mates that he did not come to wring anything out of his hands and that his action should be seen as a contribution. a mourid who lives in Dianatoul Mahwa and who does not want to let his favorite city vote for a politician other than President Macky Sall.