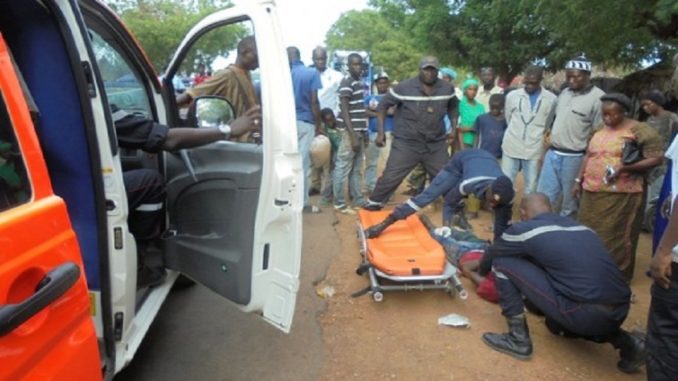 Between Saturday 26 and Monday, January 28, a series of three traffic accidents caused a large number of dead, including the famous communicator Cayor, in this case Alioune Badara Mboup said Baye spoke to Kajoor and several injured. The grim reaper knocked on his door this Saturday, while the cultural ceremony he had organized in Pekesse had just ended. he ended up dying in a traffic accident between Pékesse and Mékhé as he drove home. The same accident caused two other deaths in this case a lady by the name of Ndèye Fatou Guèye and the driver of the vehicle that transported them.

On Mboro Road, an apprentice driver repairing a damaged tire was crushed by a truck near the Tivaouane District Court.

In Darou Khoudoss, the nominee Serigne Saliou was the victim of an accident produced by one of the vehicles of his fleet of rent. The various drivers involved in this terrible series were arrested for the wrongful death charge, while the bodies of the victims were taken to the morgue of Abdul Aziz Sy Dabakh hospital in Tivaouane.