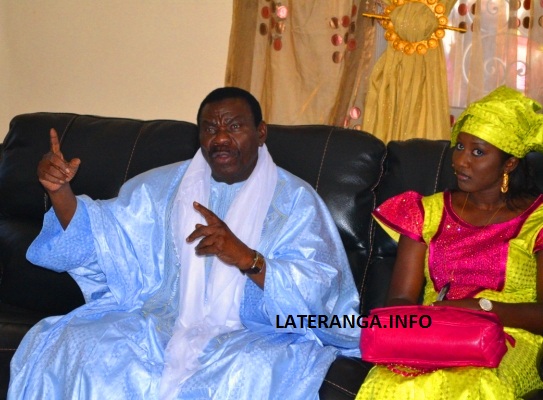 His two relatives, Bara Sow and Ababacar Diagne, were killed in his presence, the prosecution emphasized that only a "niguel" (instigating complicity) from him could lead to such grave acts: murder and burial.

As a result, the sheik, who can be sentenced in absentia, can be chosen as soon as he leaves the plane.

And that eventuality could have the effect of keeping him overseas to avoid arrest. Sheikh Bethio could choose "exile" unless, because of judicial cooperation, France decided to extradite at the request of Senegal.

All this while waiting for the court to decide, it is not superfluous to report that the Thiantacounes are going through difficult times. Because everything indicates that nothing will be as before.

It is also curious that Sheikh Bethio was able to leave the country without judicial authorization while he was released on bail and that his trial would be opened.

If he gets convicted, he will not be back anytime soon.

In any case, the judgment has identified the dysfunctions that exist in certain forms of organizations that have all the characteristics of the sects with their internal laws.

As a result, the state could seize the opportunity to restore order to these groups, even religious groups.

The young, helpless, do not hesitate to let themselves be embraced where she hopes to find a better being. And if nothing is done, it can fall into the hands of people whose intentions are not always healthy.

Of course, parental responsibility is intact in these situations.

Serigne Mbacké Ndiaye, a politician, distinguished himself when one of his sons was caught in the net of an individual who brainwashed him.

Your example should be followed. In our neighborhoods and villages, young people gather around people not always advisable, sometimes they go out on the streets to ask for money by pushing passers-by without anyone reacting.

In one state, sanitation should not only affect the streets, but also the customs and customs. Everything should not be allowed. For, if that is the case, some people may think they have the right to live and die over other people.