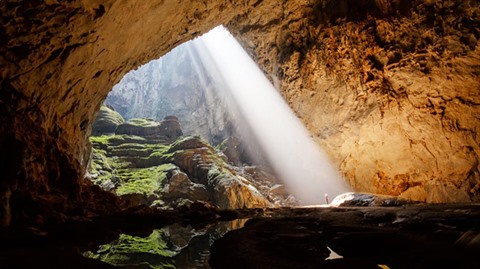 The Vietnamese ambassador, the film's director Kong: Skull IslandRobert Vogt said he loves Vietnam very much and is still impressed by the beauty of Phong Nha-Ke Bang National Park during the Quang Binh tourist promotion program in Hollywood.

The event brought together leaders of the Quang Binh Province People's Committee, the representative of the Vietnam Consulate in San Francisco and more than 70 delegates, who are known actors, filmmakers and directors. Like Walt Disney, Waner Bros, Legendary, Century Fox, Sony, Paramount Picture, NetFlix, Biscuit Filmworks …

The Quang Binh province delegation presented the great beauty and originality in geological and biodiversity terms of Phong Nha-Ke Bàng, Natural World Heritage, one of the most attractive destinations in Asia.

She also touched on the assistance policies of the province's People's Committee to make the province a Hollywood movie spot in the future.

Participants appreciated the beauty of Quang Binh nature and caves, including the caves of Son Doong and Tu Làn, and expressed their desire to come and discover them as soon as possible.

Nicholas Simon, a representative of the Indochina Production Agency, expressed confidence that through this event, Americans would get a better understanding of the Son Doong and Quang Binh caverns, and that the number of American tourists in Vietnam and Quang Binh would grow well in the coming years.

The film's director Kong: Skull Island will continue to work with Hollywood filmmakers and filmmakers for major motion picture projects in Quang Binh, Vietnam, "he said.

In the future, information on tourism in Quang Binh will be widely known in the United States – a promising market with 325 million people.