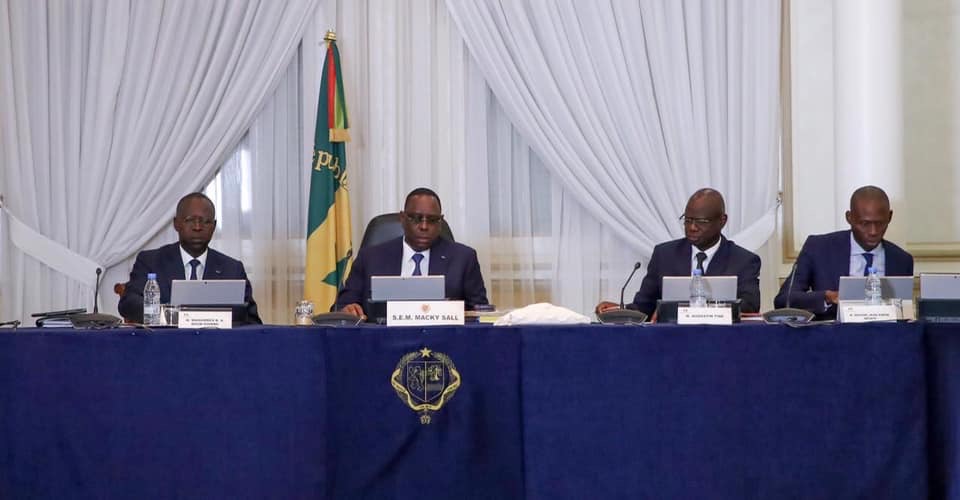 The Head of State opened the meeting by questioning the council on preventive measures to combat floods.

In this regard, the President of the Republic requested the Government to take stock of the comprehensive status of the infrastructure already completed and the technical assessment of the impact of improving the sanitation of flooded or flooded areas. inundation.

The President of the Republic, with regard to the interventions of the National Hygiene Service, instructed the Government to accelerate the implementation of malaria prevention measures and to combat recurrent diseases during the winter season by insisting on the involvement of grassroots community organizations.

In addition, the Head of State invited the Government to involve all the vital forces of the Nation in the campaign to promote the cleanliness of which will personally chair the launch of the National Days very soon.

The Head of State, Regarding the maintenance of water infrastructure in rural areas, he invited the Government to take all appropriate measures for the proper functioning of defective hydraulic structures throughout the national territory.

On this point, the President of the Republic did not fail to question the members of the council on the extension and improvement of the main water supply networks, such as Notto, Ndisomone-Palmarin, and the islands of Saloum and Casamança.

The President of the Republic also mentioned the next General 2019 competition and recalled the significance of this important event of the celebration of Excellence in our country.

In this context, the Head of State reminded Council members of the urgent need to evaluate the implementation of the recommendations resulting from the Education and Training Foundation of August 6, 2015.

The President of the Republic returned to the imperative of respect for the institutions and the preservation of public buildings, noting the recurrence of acts of distrust against the defense and security forces, but also a reprehensible behavior against public buildings and buildings. .

The Head of State urged our compatriots to maintain civic and republican attitudes.

In conclusion, the Head of State informed the Council of his willingness to initiate the rationalization of Executing Agencies and similar entities, either by merger or legal transfer to a public company or public institution.

To this end, the President of the Republic instructed the Minister Secretary General of the Government and the Minister of Finance and the Budget to prepare as soon as possible the plan to rationalize these entities and, subsequently, to consider a plan for reallocation of the personnel of these entities or a social plan, as the case may be.

As part of the standard-setting activity, the Board reviewed and adopted the draft Supplementary Finance Law and the Budget Programming document presented by the Minister of Finance and Budget.

As part of the individual measures, the Head of State took the following measures:

• Dr. Fatou Mbaye SYLLA, Public Health Physician, at 603 253 / I, formerly director of Diamniadio Children's Hospital at the Ministry of Health and Social Action, is appointed Director General of Health Establishments;

• Professor Amadou Moctar DIEYE, Professor of Pharmacology of the Universities, number 403 618 / F, previously Director of Pharmacy and Medicine, is appointed Director of Laboratories of the Ministry of Health and Social Action, replacing Professor Ahmad Iyane SOW, called for other functions ;

• Ms. Fatoumata Diouf, holder of the Graduate Diploma in Decentralization and Regional Planning, is appointed Director of Strategies and Monitoring Assessment at the Ministry of Microfinance and Social and Solidarity Economy, in place of Mrs. Khady Samba for other functions .

Minister, Secretary General of the Government