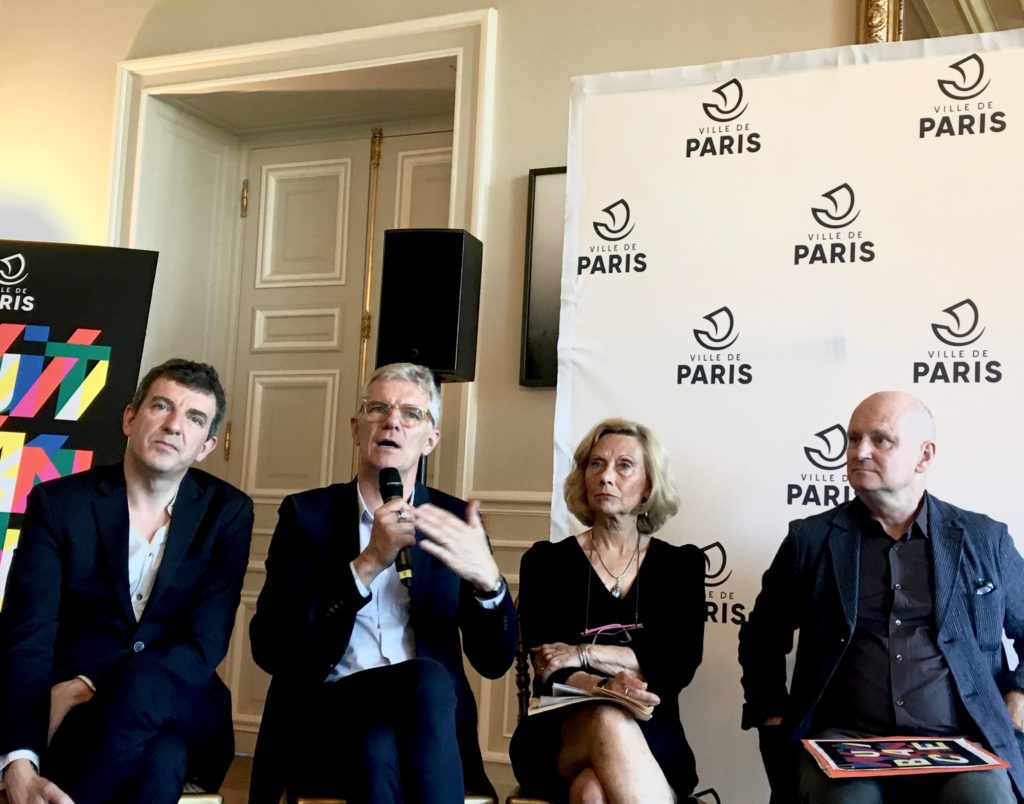 Several parades in the city, artists on a tour, a great crossing of Paris and a velodrome on the outskirts … These are the highlights of the 18th Nuit Blanche, unveiled this morning at a press conference by the artistic team of this 2019 edition.

On the night of October 5, Paris will merge under the artistic direction of Didier Fusillier. Director and former director of Lille3000, he is supported this year by the art critic council for Inrockuptibles and curator, Jean-Max Colard. In order to better understand the metropolis of Paris and the challenges of its time, both began with a concept developed in Macbeth "Walk through the forest", implements Didier Fusillier. And this year, the forest, are the Parisians, the artists and all the actors who will make this 2019 Nuit Blanche a series of surprises.

Even if one expects to see dromedaries in the city or huge inflatable Annette Messager infested with horses, the greatest audacity (known to date) may be the invasion of the device by a horde. of cyclists. Delivered through Pantin's door on the back of bicycles with fluorescent wheels, the corridors can make the bond between the Porte de la Villette and the Porte des Lilas at night; provided you have previously registered on the platforms of the city of Paris, which will open on July 1. This "Velodrome" aims to "Do not let Paris lock itself in its periphery," Christophe Girard, deputy mayor of the city hall of Paris.

Together, through and through

The ride is the heart of this edition. In the form of "Parade", visitors are invited, from 2 pm, to an outdoor exhibition between the Petit and the Grand Palais. Before your departure on the avenues, the platforms will be presented as in a monumental exhibition. And as he dreamed, Daniel Buren, will walk from the Concorde to Bastille, as a "painting of Paris" by a giant mirror system hanging lightboat-like lighting. Cameroonian artist Pascale Marthine Tayou will surround himself with a "mad army," ten musicians direct from his home country, thus complementing Shakespeare's metaphor.

Several "traveling artists" will invest in urban space, always in the spirit that does not want to do any Nuit Blanche " a Paris-only event », according to the deputy. Thus, Raphaëlle de Groot will participate in a performance march and workshops in Clichy-sous-Bois, a week before the event, to end on the night of October 5.

And the highlight of the show will be sports. The corridors will invest without queues of the main monuments of the city, generally invaded by inexhaustible groups of visitors transported by the tourism. Lucky participants will be dispensed from their suitcases and controls at the entrance, provided they use a bib (the precious sesame to return safely). They can discover, in advance of the exhibitions and benefit from the exclusivity of the emblematic places of the culture in the city.