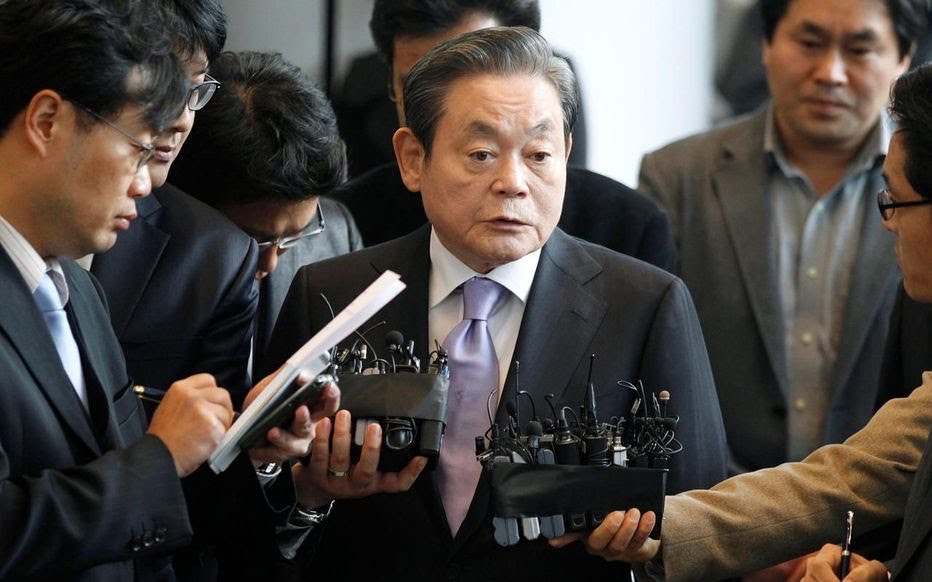 Lee Kun-hee, president of Samsung Electronics, who made the group a global telecommunications giant, died on Sunday at the age of 78, said the South Korean group.

Under his leadership, Samsung has grown to become the largest producer of smartphones and microchips on the planet. The company’s overall turnover is now equal to one fifth of the country’s gross domestic product.

Known for his lonely lifestyle, Lee Kun-hee has been bedridden since a heart attack in 2014.

Little information about his state of health was leaked, leaving his existence wrapped in a halo of mystery until his last days. “It is with great sadness that we announce the death of Lee Kun-hee, president of Samsung Electronics,” the group said in a statement. “President Lee passed away on October 25 with his family, including Vice President Jay Y. Lee, at his side.”

“President Lee was a true visionary who transformed Samsung by becoming a world leader in innovation and industrial power,” he praised, adding, “Your legacy will be eternal.” Samsung is by far the largest “chaebols” in the country, family-controlled conglomerates.

At the origin of the prodigious recovery after the Korean War, now the 12th largest economy in the world, they are now accused of having opaque ties to political power and making competition difficult.

Lee Kun-hee himself was convicted of corruption in 1996, then corruption and tax evasion in 2008. But he escaped from prison and received a suspended sentence.

When he inherited the presidency of the Samsung Group in 1987, founded by his father, a fruit and fish exporter, the company was already the largest conglomerate in the country, with a line of business ranging from electronics to large audiences for construction. Lee Kun-hee then concentrated on the company’s activity to make it an international group.

When it suffered a heart attack in 2014, Samsung became the world’s largest manufacturer of smartphones and memory chips. Today, it is also a major global player in the field of semiconductors and LCD screens.

However, Lee Kun-hee rarely ventured outside the high walls of his private property in central Seoul to go to the company’s headquarters, which earned him the nickname “Hermit King”.

Her son Lee Jae-yong, vice president of Samsung Electronics, has been in charge of the company since the 2014 heart attack. Lee Jae-yong was sentenced to five years in prison in 2017 after being convicted of bribery and other offenses related to the former President Park Geun-hye was then cleared of the most serious charges in the appeal and released a year later. This case is still ongoing.