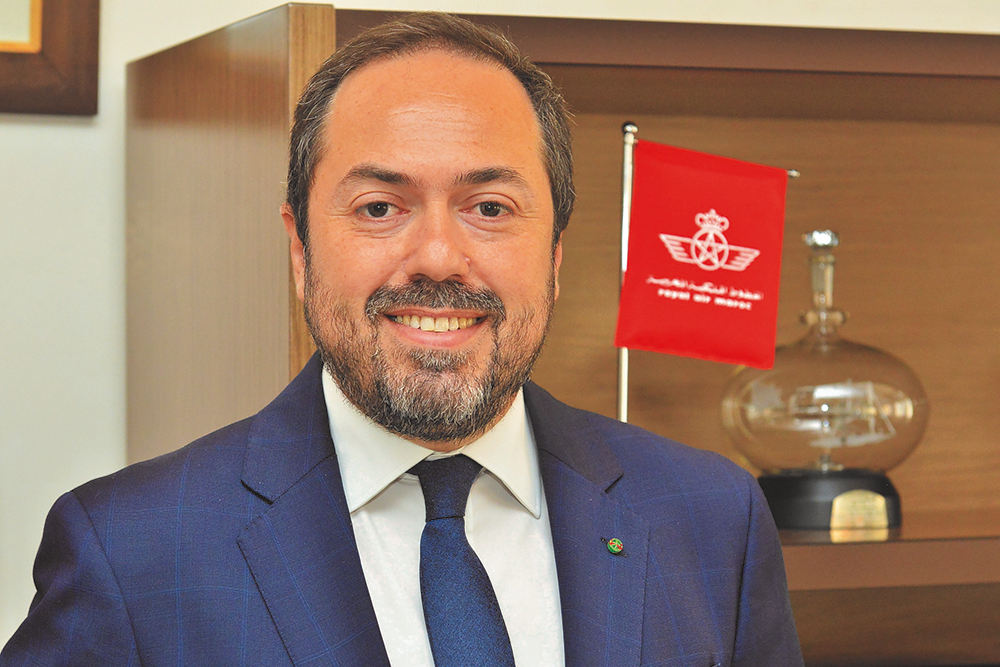 The high mass of African airlines, meeting in theAFRAA (Association of African Airlines) is in full swing in Rabat. The meeting, which marks the association's 50th annual general meeting, aims to bring together all stakeholders in the continent's air transportation to discuss issues, challenges and opportunities in the industry.

Today, despite its large population, air transport on the continent accounts for only 2 to 3 percent of global air travel. And the conclusion of all the heads of airlines meeting in Rabat is clear: there is potential, but there is still much to do to boost traffic on the continent.

"O air Transport is one of the greatest challenges on the African continent. The existing deficit is very important because Africa represents more than 16% of the world's population, while the volume of its air traffic is insignificant. It is obvious that there is enormous potential for development in Africa, "he insisted. Mohamed SajidMinister of Tourism and Air Transport.

For Royal Air Maroc, organizer of this 50th The AFRAA General Assembly, which will be held on November 27, is time for African air transport operators to join forces to influence the international scene. "This meeting is an important capital for us.It is about bringing together all African airlines and all actors of the continent's air transport to share experiences, exchange and discuss innovations to bring to the profit of our passengers," he supported Abdelhamid Addou, CEO of Royal Air Morocco(RAM).

"As airlines, most of the growth must come from us, but unfortunately the non-African companies make the most of the traffic. So our role today is how to take on, develop and innovate to become the main airlines on the continent "We need to take Africa's first slogan, that is, African companies for African passengers, so RAM is one of the leading companies that can bring that quality of service to different African cities and capitals," he said.

Competition, in particular for European airlines such as Air France, Turkish Airlines or Brussels Airlines, is difficult. Even companies in the Gulf countries are also eyeing the continent now. Even if the AMR, Kenya Airways or Ethiopian Airlines As a reference, the fact is that it is the international carriers that drive growth on the continent.

In view of this situation, African operators are calling on the union. Most of the officials who met in Rabat during thisth The Assembly of AFRAA expressed the wish to see the initiative of the Single Market for African Air Transport (MUTAA) promoted by the African Union (AU). This is the liberalization of African skies to boost the growth of air traffic. "There is a lot of work to be done in terms of harmonization and regulation among African countries," said Mohamed Sajid, adding that it is now necessary for African countries to strengthen their cooperation.

"We have signed the agreement, but today all the signatory countries have to translate this initiative concretely into the field in order to advance in the development of this sector," he continued. Along the same lines, Abderahmane Berthé, Secretary General of AFRAA, explained that the meeting in Rabat aims to play an important role in the direction of this liberalization of traffic rights in the African skies.

"This meeting marks an important turning point for African aviation with regard to the liberalization of traffic rights, which is all the more important as the African population will double by 2050. And our ambition is to represent more than 10% of global traffic at this point, "he said.

"This liberalization is a must if we want to improve connectivity between African countries." Tax reductions are essential to provide adequate services to our fellow citizens. African airports remain the most expensive in the world, fuel costs are 35% higher higher than the cost of fuel all over the world, so if we want to generate more traffic and attract more flows between different countries, it is necessary to put this liberalization in place. According to IATA, while companies around the world low, per passenger, airlines generate a deficit for each passenger transported. So, this liberalization is now an imperative, "added the CEO of Royal Air Maroc.

A Juicy Market for Builders

In turn, airport managers also have an important responsibility. "Airports must work to improve their quality of service to attract more airlines. Today, the main challenges we face are profitability, quality of service, etc. We must work to make our airports much more attractive to businesses. to provide incentives to airlines to help them open new routes and increase their passenger numbers and frequencies at the airport. "It goes without saying that we are in a very competitive world and, for our part, Blaise Diagne airport in Dakar get out of the game, "said Xavier Mary, general manager of Blaise Diagne Airport in Dakar, Senegal.

Note also that the ambitions presented by the African airlines only increase the appetite of the world manufacturers, including Boeing, Airbus or Bombardier. In fact, the rise of the African air transport sector will result in a large aircraft purchase. Many national or regional companies will need to strengthen their fleet to support the growth of traffic. Bread blessed, therefore, for the global manufacturers, who are already rubbing their hands. Remember that the European giant Airbus estimates that airlines operating in Africa will have to purchase 957 additional aircraft by 2031 in order to deal with traffic tripling.