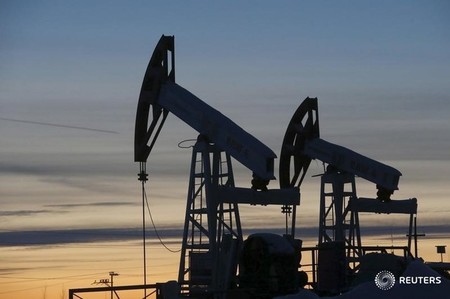 London (AWP / AFP) – Oil prices fell on Monday in European trade, while the number of active wells in the US rose last week, according to figures released on Friday after closing.

Around 15:00 GMT, the Brent North Sea oil barrel for March delivery was worth $ 60.10 at the London Intercontinental Exchange (ICE), down $ 1.54 trading floor. Friday.

On the New York Mercantile Exchange (Nymex), a barrel of sweet light oil (WTI) for the same maturity yielded $ 1.76 to $ 51.93 an hour after opening.

With ten more active wells in the US compared to the previous week, "US production, which is already moving at record levels, may increase further," said Markets.com analyst Neil Wilson.

For several weeks that number has been dropping, which could give hope to some investors that the fall in prices in the fourth quarter of 2018 had discouraged investment in American shale oil.

"There are many wells already drilled but not completely ready for use," commerzbank analysts commented. With the recovery in prices in the first quarter, "new farms can be resumed."

The market also kept an eye on Venezuela, where self-proclaimed President Juan Guaido called for two new demonstrations on Wednesday and Saturday to topple the army, main support of President-elect Nicolas Maduro, and follow up on the ultimatum. European Union in favor of free elections.

"Nicolas Maduro cut the bridges with the United States, which could lead Washington to sanction the oil industry," said Sukrit Vijayakar, an analyst with Trifecta Consultants, the country with the world's largest oil reserves.

In addition, other members of the Organization of Petroleum Exporting Countries (OPEC) voluntarily limit their extractions, based on the targets set in early December.

But Saudi Arabia's energy minister said on Monday that the efforts of the world's biggest exporter would lead to even lower output than its targets over the six months of the deal.

While the kingdom's target is 10.33 million barrels per day (MMBD), the country produced only 10.2 mbd in January and will grow to 10.1 mbd in February, Minister Khaled said. -Faleh during an interview with Bloomberg.