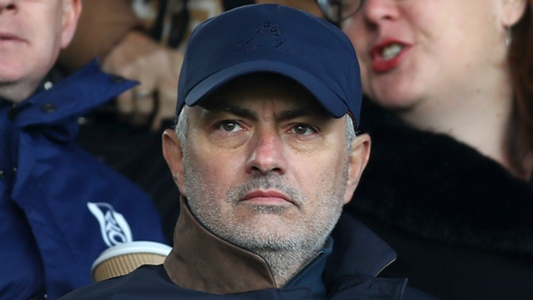 The former coach of Manchester United criticized the tactics set by the Norwegian during the second match against FC Barcelona.

Manchester United did not do much against FC Barcelona. Forced to the feat at Camp Nou, the Red Devils took water quickly to blame for the individual errors, but also the very good performance of Lionel Messi, author of a double have cooled the ardor of the English club. The Argentine put his footprint in this meeting and reign supreme during the double clash, making a decisive pass to Luis Suárez in the first match.

Launched by Manchester United last December, Jose Mourinho did not comment much on the news of the Mancunien club. But after the elimination of the Red Devils against FC Barcelona, ​​the Portuguese coach did not miss the opportunity to return to this meeting, and in particular on the choices of his successor, Ole Gunnar Solskjaer. Jose Mourinho openly questioned the Norwegian's tactical choices on the set of Russia Today.

"You need a cage for Messi"

"I think the approach of Manchester was also different, in the first game they tried to occupy the central area because Messi's position is easy to understand, but it's difficult to create a cage to control him.Cause he comes from the right and stands in the middle , then Rakitic defends to the right and allows him to stay in the middle of the lines.It is difficult and Manchester United in the first match occupied very well this central area.When he entered, he met Fred, he was facing McTominay who was coming all the time inside ", analyzed the Portuguese.

"In this game, perhaps because Manchester lost 1-0 after the first leg, I think they tried to start the game from a different perspective – Fred was alone in front of the defensive line.Where does Messi come from, where does he receive the ball and when Messi has the ball face-to-face, you're dead, that's why I never liked the individual marking for Messi, for Messi, you need a cage, you have to create a cage, but Barcelona is the Barcelona, They have better players than Manchester United and I think it's normal for them to win ", concluded José Mourinho.

A free tactical class offered by José Mourinho to his successor. Undoubtedly, the Portuguese would like to be in the Norwegian's place in the bench to lead this match against FC Barcelona and try to achieve a master stroke similar to what he achieved in 2010 with Inter Milan. It remains to be seen if Ole Gunnar Solskjaer will take the trouble to find the former Manchester United coach in the next few days.