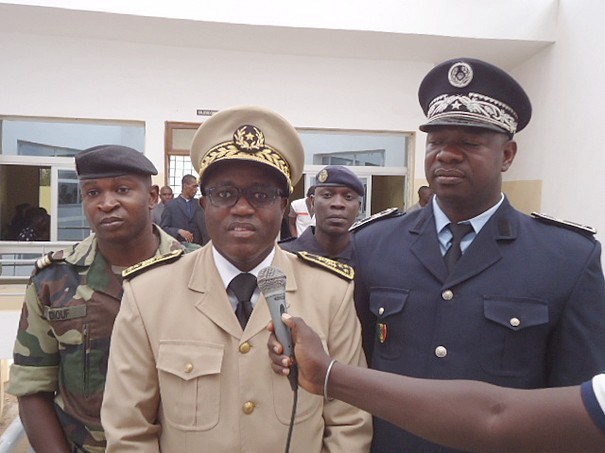 On Sunday, March 31, 2019, around 5 in the morning, the Kedougou people saw a hippopotamus towards the Dalaba lagoon, on the border with the dwellings of this district and the districts of Compagnie and Dinguessou.
The animal did much damage in the houses where he sought refuge. But when the crowd grew, the animal became disturbed and panicked. Despite the presence of defense and security forces, the hippo will disrupt the tranquility of the city until it falls into a septic tank from where it could not leave.
This meant that the animal had become completely harmless and no longer posed a threat to the people. Why did you shoot him?
Asked about this, Commander Moussa Ndour, in charge of the Falés hunting area (ZIC) and head of Kédougou Fauna, made it clear that the decision to shoot the hippopotamus was not not the intention of the authorities in charge of the subject, but is due to the lack of material means that the service faces to immobilize the animal, because in such situations the first option to do is to neutralize the animal. but unfortunately, he will say in Kedougou, he has no neutralizers. So he referred to the administrative authority, the governor of the Kedougou region, Mr. William Manel, in this case, who gave the order to slaughter the animal and bury it. Authorities asked a hunter named François, the head of Le Relais's camp, who shot the animal with five 375-caliber bullets in the head. Enough to arouse the indignation and anger of an entire population and friends of nature. Everyone is aware that it was not the best decision or the one desired by people who were saddened by the horror of the day.
So the question is whether the governor of the region made the right decision? Everyone seems to say no, especially since the reasons given by Commander Ndour are not valid. If throughout the region he had no neutralizers, Kédougou did not lose a net to catch the animal, which is remembered already trapped, and bring him back to his river instead of to slaughter, especially in front of the children. Is it up to the regional governor to make that decision? On this issue the law and the texts are clear. The hippopotamus is a protected animal so as to cause you death or inflict unnecessary injury is a crime punishable by law. Its slaughter obeys a pre-established protocol and a deep reading of the criminal law, in particular the causes of exoneration of criminal responsibility. In addition to the convenience considerations of the measure, there is a legality problem. Only the judicial authority could take such a decision and act in accordance with this emergency situation. Apparently, it was the Kédougou District Public Prosecutor who authorized the death of the animal, after assessing the situation and concluding that it was necessary. That would have exempted the shooter from any criminal responsibility. In fact, as soon as there is in a situation the contours of a criminal offense, the judicial authority remains the only competent, administrative authority that is ejected. This means that the governor of the Kedougou region should have.
According to lawyer Bamba Cissé "if this hippo was shot while being held in a septic tank in Kedougou, then these are extremely serious facts that merit the opening of an investigation for the perpetrators to be hunted. Hippopotamus is a fully protected species, within the meaning of Wildlife Protection Code, which in article 27 in fine provides for penalties ranging from 1 to 5 years for anyone who voluntarily kills fully protected species without a scientific license. In any case, an investigation must be opened on these species. facts … "