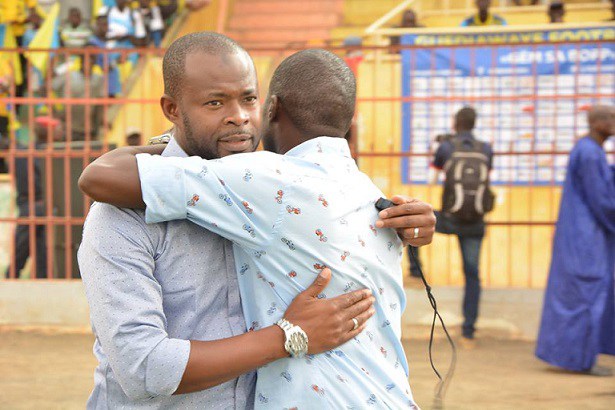 After their boys' (2-0) success against Mali on the first day of Group B, U20 Cubs coach Youssouph Dabo talks about the tactical lessons of the game.

Senegalese U20 football coach Youssoupha Dabo, whose foals defeated Mali (2-0) on Sunday for the first day of the Nations Nations Cup (Can) of the category, was satisfied with this result, proof according to him that the game plan he had stopped worked well.
"It's a tough game against the Mali team, which has quality players," the Senegalese coach told Aps, saying he had to leave the ball for the opposing team in his midfield. .
In this way, "we wanted to suck and use the speed of our front players," said the Senegalese coach, adding that in the heat he knew that fatigue would take effect.
"In addition, we feel tired before the end of the first period and, from then on, we decided to bring freshness to the offensive plane," he said, saying that, defensively, Senegal was holding the road.
"With the application, we managed to score because we know that this group has players capable of scoring at any time," said the Senegalese coach, hailing the success of his strategy. He commented: "It's good for us, but it's just a first game, we have to keep working because it's the only thing we know."
Senegal, for the second time in this competition, will oppose Ghana on Wednesday. For the second game of Pool B, which was postponed to Monday for lack of illumination of the Maradi stadium, Ghana dominated Burkina Faso 2-0.

Ghana-Senegal changes time
Ghana-Senegal counting for the second day of Group B, can not take place on Wednesday night at 18:30 GMT as planned. This game will be advanced at 15:30 GMT (see elsewhere). The lighting problem of the Maradi stadium has passed. This also requires the advance of the Mali-Burkina Faso game initially scheduled a little earlier (15:30 GMT) in the same place …