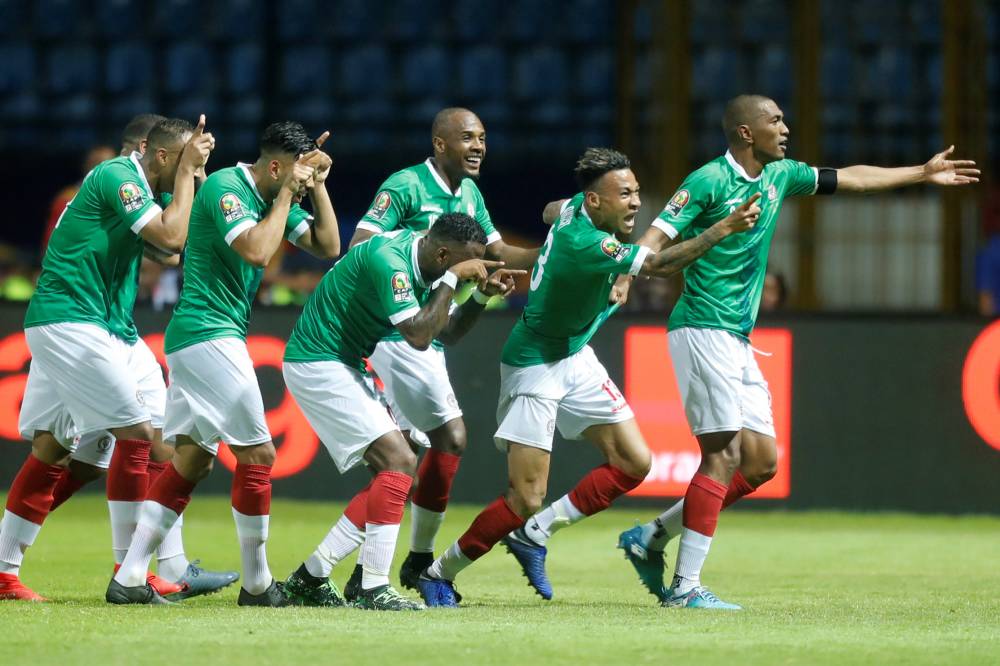 For the first match of the African Cup of Nations in its history, Madagascar was able to hang Guiné in Alexandria (2-2). The Malagasy, who led at the time of the game, saw Kamano draw, but held firm.

At first very shy for a great half hour, this Guinea–Madagascar completely changed his physiognomy in the second half. In a group where the Nigeria had taken three points In the last fifteen minutes against Burundi, Guineans, who would like to take a course in this CAN, had to respond to the Malagasy. The first chances were also for Kamano's team-mates. The Bordelais were performing their special "Thierry Henry", which was grazing on the pole (10th). Jeanvier then touched the post with a header in a corner (27 & # 39;). The release came as Diawara subtly alerted Kaba into the depths. Advancing perfectly at the exit of Adrien, the Dijonnais closes (1 to 0, 34). In front of Malagasy borrowed enough, we could say that the most difficult was done.

The entrance of Naby Keita has not changed anything

Only Madagascar was more liberated and completely reversed the deal. Andrianantenaina cheated Keita whose exit was very risky (1-1, 49). Six minutes later, in a harmless ball, the central Guinean defense was taken by Andriamahitsinoro who concluded with composure (1-2, 55). At the Alexandria stadium, the surprise was great! Fortunately, Guinean, with the entrance of Naby Keita, too short to start, at the time of the game, did not dissociate and scored a penalty on the scoreboard and an error of Metanire on the unsustainable Ibrahima Traore. Kamano was changing (2-2, 66). Adrien was solid against Traore again, and Madagascar, for the first game of the African Cup of Nations in its history, was good for a superb performance! Nicolas Dupuis, the French coach of Barea, could smile. The opposite of a Guinea who, after having made a very delicate preparation (does not win in three games), does not really reassure …