an investigative journalist has just been murdered in Ghana 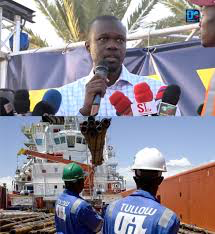 In the Tullow Oil scandal, only the author of the article continues to put the puzzle together, after it was established that the oil manufacturer is working with Oxfam, which is also a partner of Ousmane Sonko, to see signed a contract with the leader of Pastef.

The line of defense of Sonko's supporters is based on the fact that the Modern Ghana news site removed the article in question. Has Ghana's online newspaper received any pressure? We are informed that the author of the article has fled. Was she threatened, given the special treatment the super-boy enjoys with the authorities in Accra?

We ought to point out the truth in this West African country, freedom of the press is under threat.

For example, our 34-year-old colleague Ahmed Husein, who was part of a team of investigators who broke out last year in the vast corruption scandal and manipulation of results in African football, was shot dead yesterday.