When Apple announced MacOS Catalina (the latest version of its operating system), it shocked everyone by abandoning iTunes 18 years later and replacing it with three separate applications.

Apple introduced the iTunes application for the first time in 2001 to make it easier to find music, movies and TV shows, and included a virtual store with the ability to sync files with other Apple devices, and Apple changed the concept of buying music in the world.

This will divide into three applications: Apple Music, Apple Podcast and Apple TV, so that separate applications control your entertainment activities. Apple has made some details for the WWDC Developer Conference this year.

Although the emergence of three new applications seems a little complicated, Apple has indicated that it is abandoning iTunes to keep applications running and helping users focus on what they want.

Note: This step will in no way affect the synchronization of all music, video and podcast files via iCloud to be available on all your devices.

Apple has a vision of how to use Apple Music applications, Apple Podcast, Apple TV application, the most important differences are:

The new Apple Music app will be the source of listening to music, watching music videos and the application will work on all Apple devices so you can listen to music from any of them.

You can use the Apple Music app without being subscribed to the service, but when you pay $ 10 per month, you will have many features. The paid service offers 50 million songs, playlists and music videos, and the app offers personalized recommendations for you and your own library for storing music.

Users can access the entire music library, either by downloading, buying or copying songs from a CD.

Apple Music – which has existed since 2015 – will obviously be present in the new app, where it will be where the music from your iTunes library is hosted, but you will not use the app to sync it with your new devices. , But will use the application (Finder) for this.

If you subscribe to iTunes Match – a service that allows you to access all of your music on all of your devices and even songs that you imported from other sources, such as CDs – you'll also keep these features as the new music application has Match .

With the new update, you can also access your Apple Music app, songs on your Apple TV, and follow the letters on the screen.

Earlier, iTunes was paying for albums and singles. Now that Apple's music has a store, in addition to buying individual albums or songs, you can also sign up monthly for millions of songs and games. 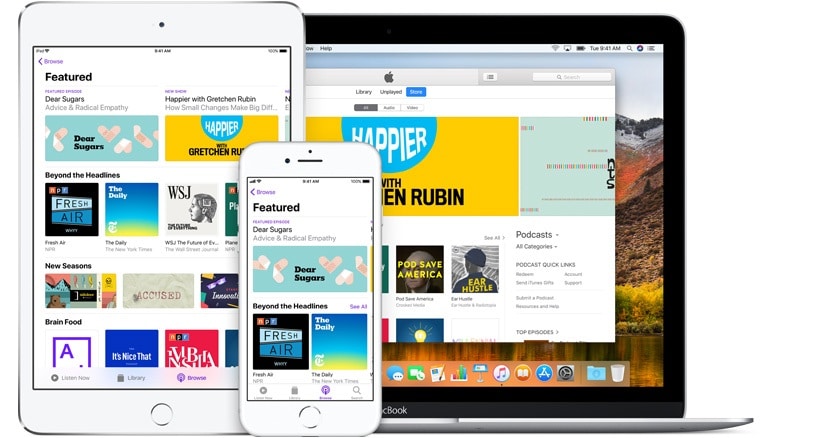 As the name implies, the Apple Podcast is dedicated to the podcast format, not the music tracks, and the app provides over 700,000 recorded broadcasts of TV, radio and podcasts that you can watch, listen to and subscribe to.

Podcasts are usually broadcast in episodes, and if you sign up for the app, you'll automatically get notification of new episodes as they become available. You can also add podcasts to your library and listen to them offline for free.

Now you can listen to podcasts on iPhone, iPad, iPod touch, Mac and Apple TV devices. You can start listening to a device and then complete it on any other device. .

After getting the Catalina version of Mac OS this fall, you can listen to the podcast files on your Mac from a separate application, and even then you have to listen through the iTunes application, which will remain available until the update arrives. 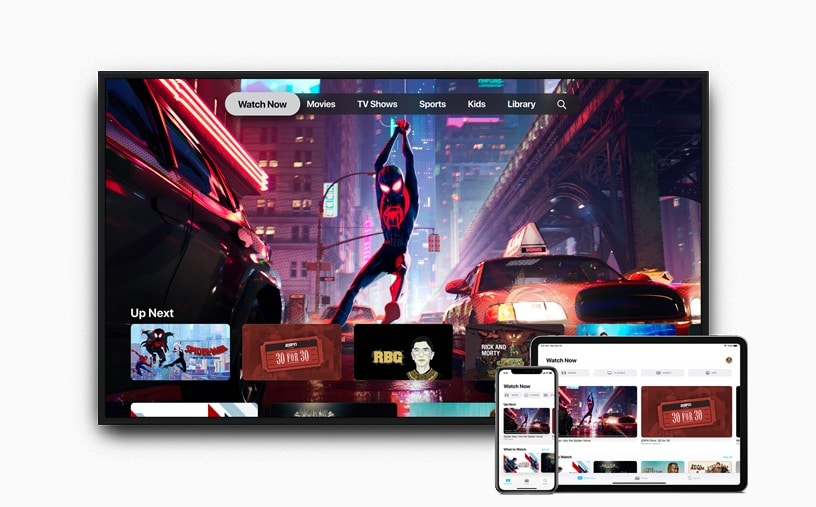 Once Mac OS Catalina is released on the Mac, iTunes movies and TV shows will automatically be transferred to the Apple TV application – currently available on iPhones, iPads, and Apple TV devices.

AppleTV broadcasts your favorite TV shows and movies from streaming services like Hulu, Amazon Prime Video, Netflix, and you can also buy movies and offers and rent them here.

Apple will also add the option to subscribe to its new Apple TV Plus service, through which Apple works with Hollywood stars to create original content to compete with the Netflix platform, but has not yet determined how much it will cost, Specified, but only announced that will be during the fall.

Netflix will also not be part of the new Apple TV Plus service, according to Reed Hastings, CEO of Netflix.