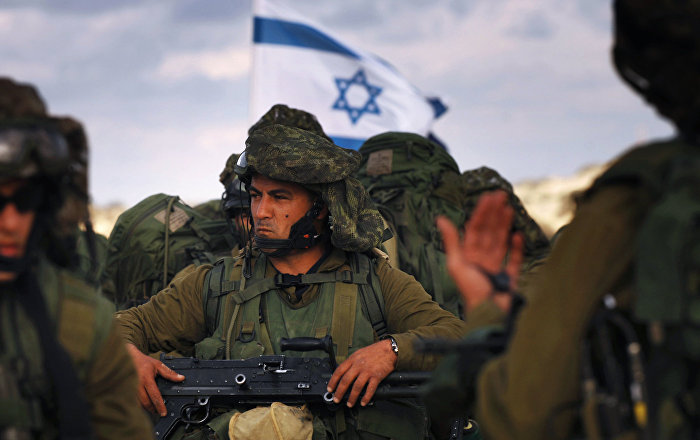 "Israel is not hostile to Muslims and is only fighting terrorists like Hezbollah, Hamas, Houthis and the Iranian regime, and it will bring security and peace to the region and to Muslims," ​​Shalghoumi said in the video.

Hassan Shalghoumi also called for success and victory for the Israeli army: "You are among the few who understand the danger we face in Gaza and the northern border," he said.

The visit of the controversial Tunisian imam Hassan al-Shalghoumi provoked controversy over his presence and his entourage for several Israeli soldiers during his visit to Tel Aviv.

"The Israelis hate Muslims for what they have received," said Hassan Chalghoumi, the head of the Muslim imams in France, who is visiting Israel.

"This force is for you to be against the evil that will affect the Arab countries, especially the evil regime being spent on crime in Hezbollah, Hamas and Houthis."

"Thank you to Imam Hassan Chalghoumi for his fruitful visit to Israel and the IDF and the wonderful conversation about the truth, far from the false propaganda slogans launched by the biased media and their representatives," said IDF spokesman Avichay Adarai.

According to France 24, Hassan Chalghoumi is respected by some, while many people hate him.

Hassan Chalghoumi is the Imam of Drancy, publishing a book explaining his ideas about tolerant Islam and his call for dialogue with the Jews.

Chalghoumi faces repeated criticism and attacks, which sometimes take on a dangerous dimension. And, therefore, it has permanent police protection that monitors its movements.

Chalghoumi included his ideas and "mission" in a book, a series of interviews with the French journalist David Bogadas, entitled "Islam and the Republic … Let's act before it's too late."

"If the Israelis hate Muslims for what they have received," says the head of the Muslim imams in France, Hassan Chalghoumi, who is visiting Israel. "This power is for you to be against the evil that will touch the Arab countries, especially the evil regime that is being spent on crimes in Hezbollah, Hamas and Houthis" pic.twitter.com/lwhpf4t1ab

According to the French channel, the Chalghoumi settled in the town of Drancy in the northern suburbs of the French capital of Paris in 2000, where he succeeded two years after the project to build the mosque of light in a place that symbolizes the deportation of about of seventy thousand Jews of France. Al-Shalghoumi soon realized that the Muslims' relations with the Jews in France had implications for the transference of conflicts in the Middle East to France and influenced by a series of prejudices and preconceptions.

In 2006 Hassan al-Shalghoumi attended a ceremony to commemorate the deportation of Jews in Drancy and condemned the injustice symbolized by the Holocaust. However, his initiative had immediate consequences for him. His house was vandalized the day after the demonstration.

An Algerian father and a Tunisian mother, Hassan Chalghoumi grew up in a modest family in Tunisia and was educated at the Alawita institution, known for its secular character in Tunisia, before turning to religion in his later teenage years.

After receiving his baccalaureate, the young man traveled to Syria, Turkey, Iran, Pakistan and India, where he discovered Sufism and met the men of communication, the two movements that Chalghoumi considered peaceful and spiritual.

In 1996, he joined his older brother in the Saint-Denis area and settled in the town of Bobigny, north of Paris, where he was a prayer magnet and moved between various trades and trades in the transportation, industry and trade.

Chalghoumi's visit to Gaza during the days of the Israeli bombing and Operation Cast Lead led to critical reactions, including those of the Sheikh Yassin group, spiritual leader of the Palestinian Hamas movement, who saw the visit as a groundbreaking step.

Chalghoumi's criticisms were turned into demonstrations outside the Drancy mosque and threats to the "Imam of the Jews," as some of his opponents say.

Hassan Shalghoumi has been under police protection for the past three years, accompanied by a security guard in all his movements. He no longer counts threatening messages received by "a minority who does not believe in dialogue" and accuses him of seeking media exposure. He replies that "the media appearances do not deserve to expose themselves to threats and his wife insult and insult".