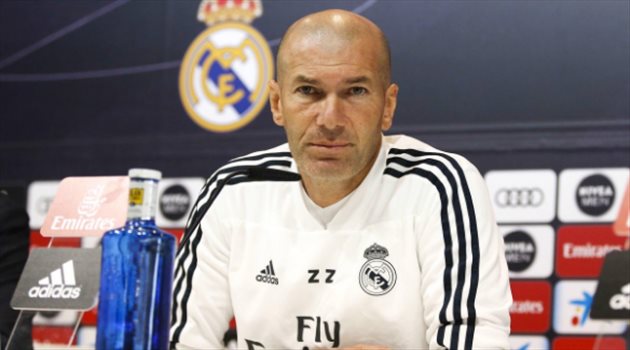 Zinedine Zidane, the Real Madrid coach, began his first steps to implement his new project with the Royal team next season.

Real Madrid failed this season to win any league title for Barcelona and a humiliating exit from the Champions League final against Ajax.

There is a lot of talk about the list of those who left the real team during the next season, led by Welsh Gareth Bell.

The Spanish newspaper "Marca" revealed the names of the trio that Zidane decided to give up next summer, which is directed by Gareth Bell.

She explained that Zidane told the trio and specifically Gareth Bell not to be with the team next season in a formal meeting to find another club on the upcoming summer transfer.

Young duo Marcos Yorenti, midfielder Daniel Sibaios, also told them they would not be with the Royal team in the new season.