The big poll: How did ideas change in the Arab countries? 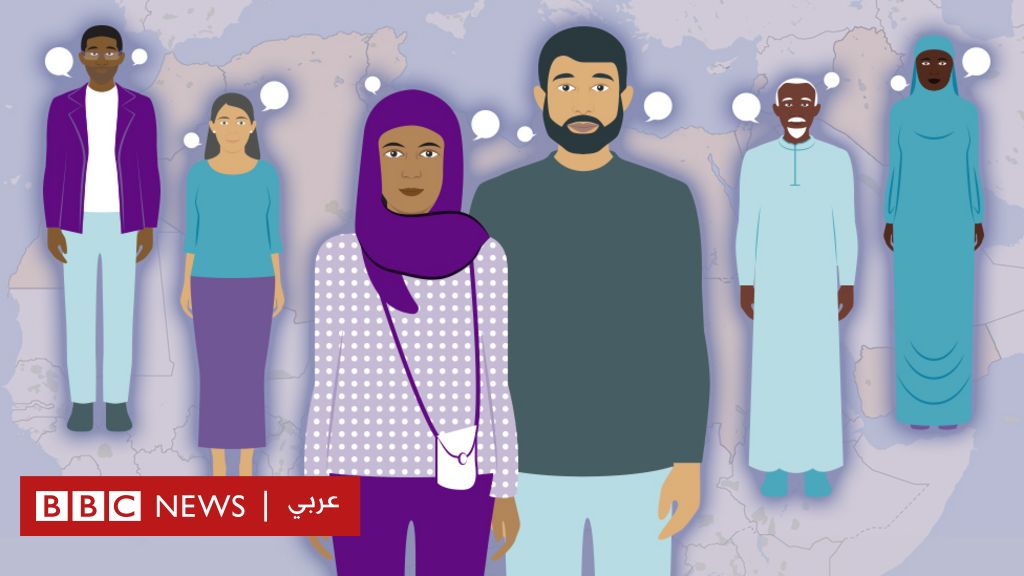 The Arab world is often portrayed as religious, homogeneous and urban. But, listening to the opinions and feelings of the people of the region, we find a completely different picture.

The Independent Network of Barometer Researchers conducted the largest, broadest and most thorough search in the Middle East and North Africa for the BBC Arabic.

The survey, in which more than 25,000 residents from 10 countries and Palestinian territories were held in late 2018 and spring 2019, found a wide range of views on a range of issues, from religion to women's rights and gay migration -lesbian.

The survey revealed that a growing number of Arabs are turning their backs on religion and religiosity.

Since 2013, the proportion of those who describe themselves as "non-religious" has risen from 8 percent to 13 percent. A third of the Tunisians and a quarter of the Libyans are described as such: in Egypt, the size of this group doubled, while its size quadrupled in Morocco.

The highest increase occurred among those under 30 years of age, 18% of whom were "non-religious" in this group.

The only exception to this rule is Yemen, where the proportion of "non-religious" fell from 12 per cent in 2013, before the start of the war in the country, to 5 per cent by 2019.

Research contrasted with the equality of women and, in an area that is not known for its acceptance of the principle of women's empowerment, the research found widespread acceptance of the idea of ​​women assuming leadership positions.

But it is different when it comes to the balance of power in daily life, since most participants – including most women – believe that the husband should have the final say in family decisions.

Three quarters of the Sudanese believe that while Lebanon has seen a slight increase in the proportion of women who have adopted this vision since 2017. Morocco is the only country in the region where less than half the population believes that the husband has the right to speak final at home.

The degree of acceptance of homosexuality varies in different Arab countries, but is low or very low throughout the region. Among Palestinians in the West Bank, only 5% said it was acceptable to be gay, and even in Lebanon, which is known to be more liberal than others, homosexuality only accepts 6% of the population.

With regard to the murder, "a disgrace," the survey did not come as a surprise. In Algeria, for example, the first Arab country to accept homosexuality is also the most receptive country to kill "shame".

The survey results showed that in all regions where participants were placed, US President Donald Trump and his Middle East policies ranked third among the three leaders, while half of respondents in seven of the 11 countries surveyed expressed his satisfaction with the policies of the Turkish president. Erdogan, about the Middle East. Only Lebanon, Libya and Egypt, whose participants preferred the policies of Russian President Vladimir Putin, preferred Erdogan's policies.

One in five respondents in all areas where they wanted to migrate, mainly for economic reasons.

In six of the areas surveyed, immigration is more likely than in 2013. Jordan has seen the largest increase, with the number of those wishing to migrate there rising from a quarter in 2013 to almost half today.

Lebanon and Yemen have seen the biggest decline in the number of people who want to emigrate.

Not all immigrants want to go to Europe

Areas where people want to migrate

While the European continent remains the preferred destination for those who wish to emigrate, it has been losing part of its recent brilliance. Of those willing to emigrate, the percentage of those who say they will choose Europe will drop from 51 percent in 2016 to 42 percent today. On the other hand, the proportion of those considering migrating to North America rose from 23 percent to 27 percent, while the proportion of those who want to migrate to the Gulf countries fell to 20 percent.

The percentage of people wishing to migrate to the rest of the region (excluding the Gulf) more than doubled to 11 percent.

The issue of security remains a concern in many areas of the Middle East and North Africa. Participants from Israel's six regions are at the top of the list of threats to the stability of their areas and national security. Particularly in areas bordering Israel, such as Lebanon and the Palestinian territories.

This rule also applies to residents of areas neighboring Iran. Most Iraqis and Yemenis said they saw Iran as the biggest threat.

The United States ranked second in the threat posed by the region followed by Iran.

The Arab Barometer of 2013 concluded that the people of Algeria, Jordan and Iraq are more likely to consider their countries closer to democracy than to dictatorship.

But they changed their minds until 2019. The Algerians became more pessimistic, with only a quarter of them seeing their country as a democratic country. Algerians in the case of the two following countries, Libya and Sudan, experienced political upheaval or civil war in the months following the vote.

This chart tells the history of the temporal context of this phenomenon, not absolute numbers. Although the Moroccan view of their country has improved, it is useful to keep in mind that 50% of them now believe that Morocco is closer to the dictatorship than to democracy.

On the other hand, most Egyptians believe that their country is moving toward democracy, which many may find strange if we take into account the form of government there now. But the previous poll was conducted late in the era of former President Mohamed Morsi, when only 13% of Egyptians considered his country a democratic country. So that increase was basically too low.

The BBC Arab Survey of 2018 and 2019 was conducted by the Arab Barometer Research Network to explore the nature of life in the Middle East and North Africa today.

The survey interviewed 25,407 people face-to-face in 10 Arab countries, in addition to the occupied Palestinian territories.

The survey was conducted by academics working for the Arab Barometer, the Princeton Research Network, which works in collaboration with local universities and research institutions in the region.

The Arab Barometer has been conducting such research in the Arab region since 2006.

Respondents were randomly selected using rigorous scientific methods and contexts to ensure their representation of their communities. Most of the questions put to the participants were multiple choice questions, but there were also open questions.

The survey included exclusively the Arab countries and therefore did not include Iran or Israel (but included the occupied Palestinian territories).

The survey covered most Arab countries, but not all. For example, several Gulf governments refused to allow it to be conducted fairly and completely.

The results for Kuwait were delayed, so the BBC could not include them in the final results.

The survey did not include Syria's lack of access to the population and the difficulty of securing a fair sample. In addition, the governments of some Arab countries have requested the deletion of some issues.

Respondents took these exceptions into account in preparing the final results, citing constraints that were clearly required to follow.

Respondents asked questions in an indirect and different way to avoid participants responding directly to questions that might be considered illegal or taboo, for example, issues related to "crimes of dishonor" or homosexuality were formulated as a test list.

You can find out more about the research by visiting the Arab Barometer website.