The Russian-Arab Cooperation Forum in Moscow, which will discuss political and economic cooperation between the two sides, began on Tuesday.

Russian Foreign Minister Sergei Lavrov opened the forum in the presence of a large number of Arab foreign ministers at their fifth session in Moscow.

In his speech, Lavrov stressed the importance of cooperation between Arab countries in the political, economic and commercial fields.

Russia's Foreign Minister stressed the importance of coordinating positions between the two sides to achieve good results in the fight against terrorism and the resolution of important archives in the Arab world and the Middle East in particular.

Lavrov said his country is ready to play an important role in achieving a just peace between the Palestinians and the Israelis, as well as the readiness of his country to cooperate with the Arab countries in coordinating their positions on many urgent issues.

He emphasized the importance of cooperation to achieve a just peace in the Middle East. 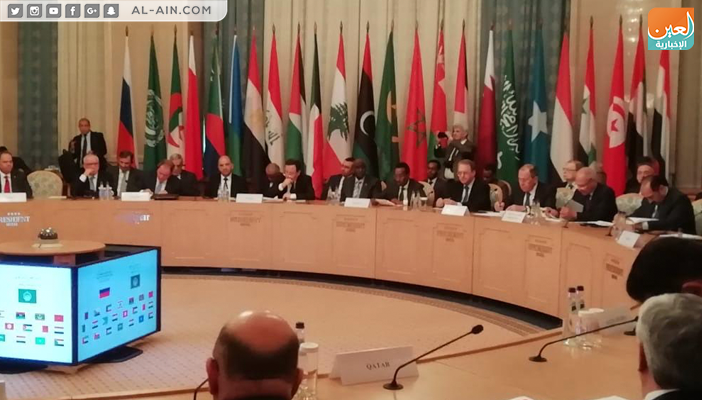 Prior to the fifth session of the forum, the Russian capital hosted a preparatory meeting at the level of dignitaries in the Arab countries, in preparation for the issues to be discussed by the forum and the preliminary documents for the session, which include the final declaration and the executive plan of action.

The one-day forum is part of Russia's quest to approach the Arab world, and days after the conclusion of the fourth Arab International Exhibition, "Russia – the Arab world together to build a bright future" Arab-Russian Business Council.

The most important news from Saudi Arabia today: