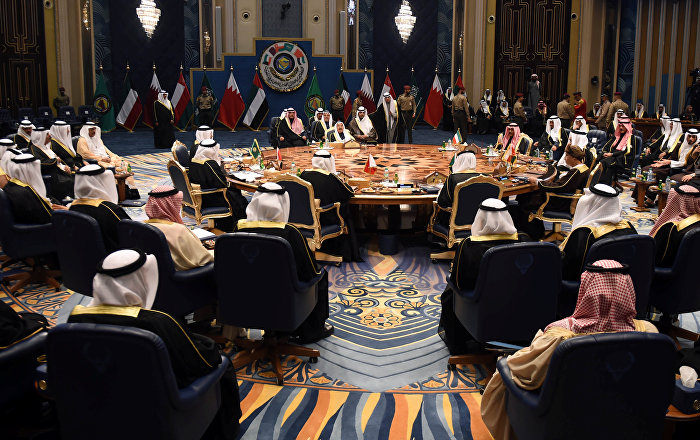 Bahrain is organizing the international economic workshop to solve the region's economic problems, especially the Palestinian problem in June, which almost all observers agree is the heart of the conflict in the Middle East, if not in the world.

Paradoxically, experts believe that it is held in the presence of all local and international parties except the Palestinian participants, who were not invited, and even the president of the Authority Mahmoud Abbas Abu Mazen rejected any solutions that go beyond national demands.

Palestinian intellectual Abdelkader Yassin said in a telephone conversation with Sputnik on Sunday that "the absence of Palestinians in Bahrain's economic seminar under the auspices of the United States-Israel will not affect the success or failure of this step, the only thing that could fail is the boycott of the Arab countries. "

"The United States of America has completely neglected the Palestinian side and learned nothing from the outset and therefore there will be no value in boycotting the Palestinian party in the seminary and that depends on all Arab countries and we will see."

The Palestinian thinker, "the US contacted most Arab countries and informed them of the terms of the agreement, and some Arab countries showed willingness to cover the transaction financially in billions of dollars."

Nasrallah praises the position of the people of Bahrain who reject the first step in the deal of the century aimed at eliminating the Palestinian cause. pic.twitter.com/zCs3c0IAXz

"The issue depends on the balance of power in the region and in the world, and the Palestinian force is not heavy, and the agreement of the century will continue if agreed by the Arab countries and no one will expect the Palestinians to take their opinion," Yassin said.

He added: "The United States seeks to approve the century's agreement at any price through various regional and international political and diplomatic actions through meetings and conferences not limited to Warsaw or even to the Manama conference to be held shortly."

"These meetings paralleled the intimidation and military escalation in the field that Washington continues to carry out in the context of threatening countries that can respond to any action to approve the century agreement, specifically Iran, along with several countries in the region such as Syria, Lebanon, Egypt, Algeria and Jordan.