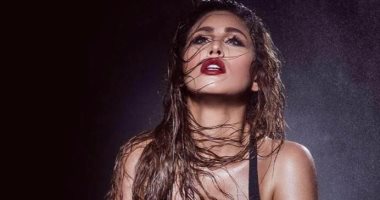 On Tuesday, the singer celebrated her birthday, and the young star achieved great success in the area of ​​performance, in addition to her basic singing work. She was lucky in her artistic career and presented important works with stars who did not cooperate with other artists of his generation.

Mei is one of the most prominent female artists, especially since she cooperated with the giants of Egyptian art, including the leader Adel Imam in the "Hidden Worlds" series, which was shown in late Ramadan and achieved great success.

He also collaborated with the late mage Mahmoud Abdel Aziz on the series "Abu Heiba ​​in Jabal Halal" and incarnated his daughter and played the role of a girl for the first time in his career while filming the work, which participated in the Wafa Amer and Tarek Lotfy and Nermin Fiki and Karim Mahmoud Abdel Aziz, Abdul Rahman and directed by Adel Adib.

She also had a participation in the work with the great star Nour El Sherif in the series "Khalaf Allah", in which he incarnates his wife and achieved great success in this work, that participated in starring the artist Sabra Mubarak, Abeer Sabri, Khalil Morsi, Samira Abdel Aziz, is written by Zakaria Al-Saili and directed by Hosni Saleh.