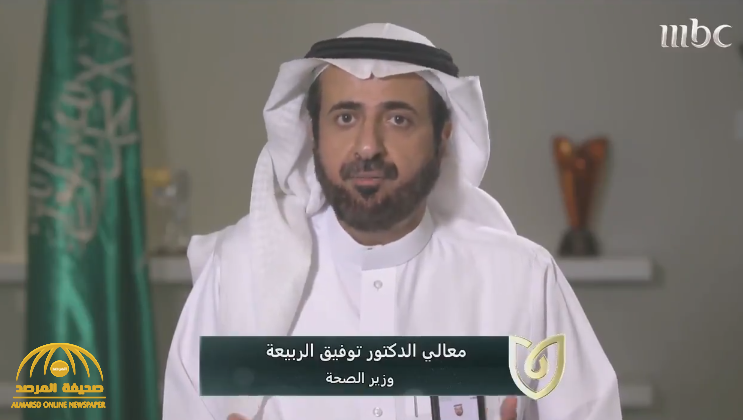 Al-Marsad Newspaper: The Minister of Health, Dr. Tawfiq Al-Rabiah, revealed that awareness has contributed a lot to fight the emerging corona virus (Covid-19) in the Kingdom.

Al-Rabiah explained during his remote meeting at an awareness awards ceremony at MBC, that awareness was “at the level of presenting the importance of the snout and covering the nose and mouth or promoting personal hygiene, in addition to the will of citizens to get away and don’t shake hands “.

He pointed out that “the culture of conscience has seen a remarkable development in Saudi society, highlighting that this can be seen by the spread of the culture of walking, which increased by 35%, in addition to the high rates of practice of sports activities in general and the fall marked increase in the percentage of smokers.

The Minister of Health concluded that “all of these factors will improve the level of health in the Kingdom and increase the average life expectancy in the Kingdom in the coming years.”

Minister of Health Dr. Tawfiq Al-Rabiah in # Awareness award ceremony :
Awareness has contributed to the fight against Corona … and realized the importance of the mask and the lining of the nose and mouth
What did he say about the news of the awareness award participants?# MBC1@WaaiAward pic.twitter.com/AxXmnbMxi7