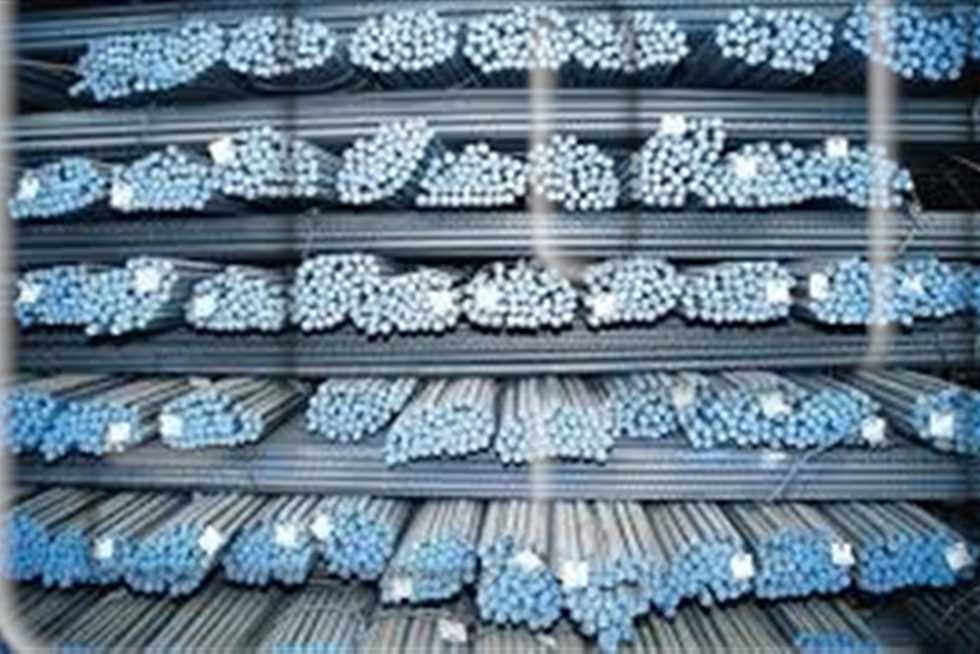 Confusion over the iron market was dominated last week by the Commerce Ministry's decision to impose a 25% protection rate on iron imports and a maximum of 15% on imports from around the world for a period of 180 days until the completion of the investigations by the commercial processing sector of the Ministry.

The main market positions of the major parties differed, and steel and iron-producing factories welcomed the integrated cycle system, based on the import of iron ore and the implementation of four manufacturing steps, while the mills announced that they were severely affected by the decision , because they depended on the importation of the pallet and turned it into iron. To raise consumer prices by 500 pounds per ton even though the factories did not announce official data to raise prices.

The crisis began with the advance of steelmakers and steelmakers Marrakee and Suez, with a proactive complaint from the commercial processing industry, which suffered heavy damages from the imported pallet at prices below the real, which led to the accumulation of more than 500 thousand tons of pallets without salt, On March 28, the Minister of Industry approved the initiation of investigations into measures to protect imports of pallets and rebar, and last week agreed with the recommendation of the Advisory Committee for the commercial processing industry to impose fees imports. F under investigation to avoid the indiscriminate expansion in the import of iron and billet and storage in the markets during the investigation period.

In its notification to the organization, the agency said in its notification to the organization that in order to ensure that serious injury is not attributed to factors other than increased imports, the investigation conducted a preliminary analysis of a number of factors including demand reduction, consumption patterns, technological progress, internal competition, exports and exchange rate variations. Factors are not causing serious injury in the Egyptian industry.

A Commerce Ministry official said the affected companies had the right to submit their documents and objections to the Advisory Committee within one month of the decision to initiate the investigation on March 31, stating that the decision is not intended to prevent the import of pallets or turn off local factories. The decision to apply a maximum of 15% when the price of the pallet to less than 450 dollars per ton, and up to "zero" rates in the case of a value exceeding USD 550 per tonne, and that amount will be included in the fund account of development Exports.

The sources estimate that revenues from importing pallets will be estimated at 550 million liters in the next six months, with an average rate of $ 50 per ton, while Egypt imports 1.5 million tons per year of pallets.

Mohammed Al-Garhi, deputy chairman of Al-Jarhi Steel Company, one of the factories affected, said the recent ruling could force him to stop his inability to raise prices by criticizing the decision, saying that the share of mills in the market of steel does not exceed 15%. It has a negative effect on sales of companies that hold 85% of the market.

He stressed that the imposition of import tariffs on pallets will result in one of two things: preventing the production of mills because they will not be able to compete under the imposition of these rates and thus lose billions of investments or pass this increase to consumers. The large factories with the largest market share to raise prices amount to the amount of the imposed taxes, which exceeds the current 1000 pounds, so that the mills can continue to operate, noting that the increase in the cost of local pallet production due to other factors , Bank financing costs, and should not be supported by small factories.

He pointed out that the pallet market is suffering from a production shortfall in exchange for demand and that major factories imported pallets from abroad in 2018, noting that factories that produce local pallets can not meet the needs of the mills.

"The cost of energy is uniform in all sectors," he said. "Despite rising costs as electricity rises, factories have lowered their prices in 2018 compared to 2017." The world has taken a new approach to protecting its domestic industry, with turbulence in the region. The steel market following the decision by US President Donald Trump to impose tariffs on steel imports to the US market, followed by the imposition of protection tariffs for EU countries, Turkey, Canada and Arab countries such as Tunisia and Algeria to protect its domestic industry. The source pointed out that world steel production reached 450 million tonnes, including the Egyptian market, which imposed limited protection through only dumping rates on the steel reinforcement of three countries – China, Turkey and Ukraine.

The source pointed out that this was reflected in the map of imports to the Egyptian market in two sides. The first is an increase in steel imports from non-conventional countries, led by Saudi Arabia and Russia, while countries that imposed dumping duties, such as China and Turkey for the introduction of large quantities of imports, an alternative to steel reinforcement, pointing out that average pallet prices dropped by around 18%, although the price of iron ore increased by 3.5% the disposal of world inventories.

The source added that we have 8 factories operating integrated production system with investments of 150 billion pounds, offering value-added products of more than 75%, in line with the state's plan to deepen local manufacturing, compared with value added not exceeding 12%, and any increase in consumer prices. At present, the movements of individual traders are not real because there is a large stock of more than one million tonnes of rebar in factories at a time when demand for iron has slowed with the advent of the month of Ramadan and summer holidays .

He pointed out that factories based on imported pallets will have to reduce their profit margins, which have doubled significantly in the last period, according to him, to reach normal rates, noting that after applying the new rate of $ 50 per tonne of ballet, the cost of producing reinforced steel will grow at the mills to 11,000 and 177 pounds at a time when average sales prices to 11,000 and 450 pounds minimum, meaning that the average profit margin of the mill will reach 300 pounds.