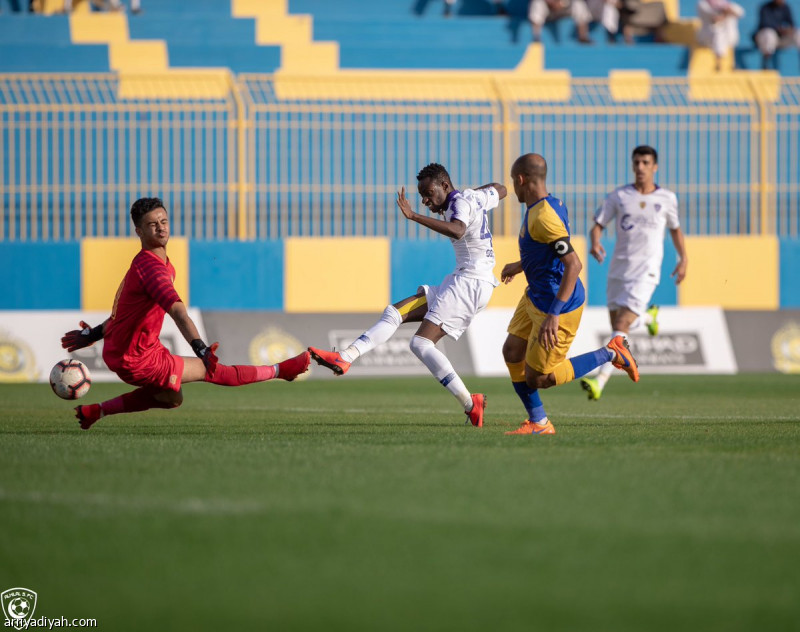 Al-Nasr's Al-Hilal Youth Club won the Youth League title for the Premier League following the Blue Team's 2-1 victory on the league table that led both teams Thursday at Al Hilal Stadium for the 24th round of the competition.
Al Hilal has narrowed the gap between the 62-point leaders' victory, to a point before two rounds of the final, and has in his team 61 points, and hopes for the blue team any failure at the top of the leaders to break the lead.
The victory in the game by Khaled Ghweinm in the 36th minute of the first half, half finished.
In the second half, Al Hilal scored the equalizer in the 50th minute for Waleed Al Shammari, and five minutes before the end, Salem Salem scored his team's second goal, finishing the game with Al Hilal 2×1.
Al-Nasr will face Al-Ahly in the next round while Al Hilal will host the 25th round of the youth league.