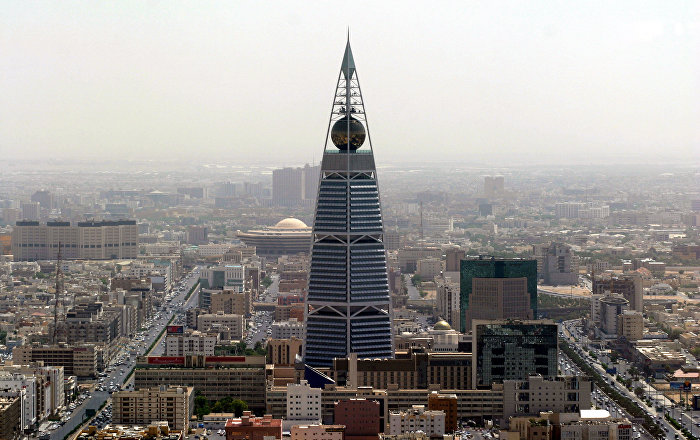 After the Kingdom of Saudi Arabia executed 37 terrorists, it revealed a shocking surprise about them.

Saudi Arabia's Okaz newspaper reported that "among the 37 terrorists who were convicted of murder, one is a member of the spy cell that was involved in espionage in Saudi Arabia."

The sources told the newspaper that "those who spied information in a very confidential and dangerous manner in the military field affect the national security of the country and the unity and integrity of its territory and military and reveal the secret of the secrets of defense."

The list includes a Navy official, who the newspaper said was "the leader of the spy cell" and was betrayed in his section when he joined the military commission for committing the crime of espionage and communication with elements of Iranian intelligence by various years and is at the forefront of military action. To carry out hostile acts against the Kingdom and to disclose a range of military information affecting the security of Saudi Arabia and the unity and territorial integrity of its armed forces and recruiting for Iranian intelligence a number of members of the Air Defense and Air Force , All types of weapons and missiles carried by each ship and its types, the number and names of commanders in the western fleet, internal divisions and departments of naval forces and their visions, number of retirees and number of brigades in the fleet Western missions Information about warships, National Guard officers sent to a country, joint maneuvers between the Navy and the Air Force in the Red Sea and the visit of several Saudi and foreign officials and delegations to Al Qaeda. Maritime. "

The official was sentenced, according to Okaz, for providing information on precautionary measures and procedures for a chemical attack in Saudi Arabia, especially on the naval base of the Western Fleet, and to provide intelligence obtained from his colleagues or under his supervisor and circular. Through their partners in the crime of espionage, they recruited them previously to the location of one of the air bases and Trento aircraft and workers and the number of, and the swarms of Trento aircraft and caches and the number of bleachers in exchange for large sums of money and sporadic, and help you to buy a car G "Land Cruiser".

Military and his brother provide classified information on the Kingdom aircraft

The list included a military man who worked with King Abdul Aziz Air Base in Dhahran and his brother. "The first spoke with members of the Iranian intelligence who is leading the military operation and cooperated with them to achieve their criminal goals by providing information on the military and security situation in Saudi Arabia, various airplanes, military bases, The secret within their work, and handed him a "secret" camera of the Iranian elements and commissioned by the Iranian intelligence component to photograph the warehouses at his work at King Abdul Aziz Air Base in Dhahran and what is under his hand papers, letters and transactions and the number "F-15" type airplanes and the Altrindw type and local air defense in the Eastern Province to deliver them to the elements of Iranian intelligence. "

Al-Askari traveled to Malaysia, met an Iranian intelligence agent based on a prior agreement between them, received intensive training in computers and cameras, how to use them, write reports, how to get into the computer and copy them without being uncovered. Their intelligence and espionage work without being exposed by Saudi security officials. "

"The Interior Ministry released a statement on the implementation of the death sentence and the end of the war on several perpetrators in Riyadh, Mecca, Madinah, Sharqiyah, Qassim and Asir to adopt the terrorist ideology," Interior Ministry told SPA. And the formation of terrorist cells to corrupt and disrupt the security and spread of chaos and provoke sectarian conflicts and damage to peace and social security and attack the security headquarters using bombs and the killing of several security men and betrayal of treason in cooperation with hostile parties to the detriment of the supreme interests of the country.

The official agency has published a list of 37 defendants.