4 games in the sixties .. History Zamalek match against the league guards border and cup 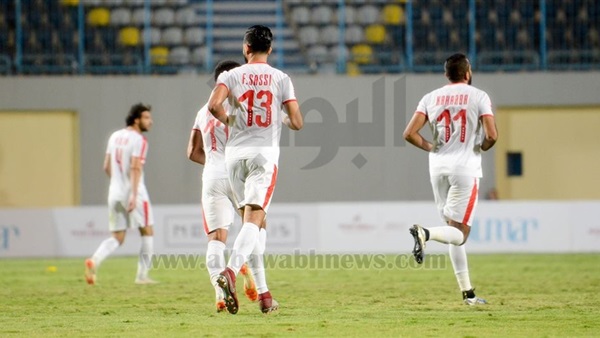 Zamalek, the first team of the Swiss team, will meet Tariq Al-Ashri in the 13th round of the Premier League, On Petrosport Stadium, 5th assembly.

The results of four games of the "33 historical games" in the sixties and was called border guards, then Coast Guard team, and Zamalek won the championship in 1964 in the first game by 4-1, while the return of the return by 3-3, and in the league The 1965 season saw the first win in Al Zamalek's history with a 3-2 victory in the first match before the game back to finish 0-0, and then freeze the football activity on the team military in 1967 before returning to participate in local competitions of the 1996 season in the 2002 Super League.

Zamalek will miss Mustafa Fathi, Ahmed Madbouli, Mahmoud Dunga, Mohamed Hassan, Mohamed Abdel Salam and goalkeeper Omar Salah for technical reasons Baha Magdi will be injured and Mohamed Abdul Ghani will be sent off for the last round of Matchday 12 .

Zamalek are at the top of the standings with 20 points, while the border guards are in 17th place with 9 points.