The transfer premiere will take place on February 4. 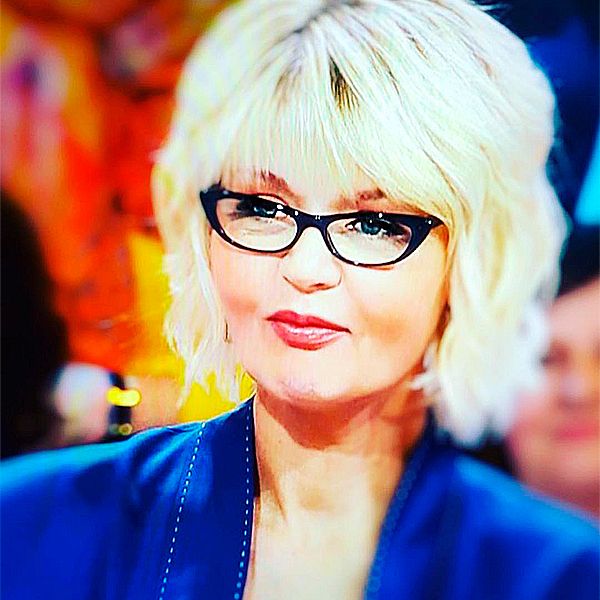 Yulia Menshova, 49, has been running Tonight for a year and a half with Maxim Galkin. But as the Channel One press service reported on Monday, the actress and TV presenter will soon have a new project – the talk show "Our people".

"The basis of each release of the program is a single film or television series from the Soviet era or modern times, and by its example we consider the life of the country and our countrymen in the year of the film's release. Together with the audience and the presenter, Yulia Menshova, the program's heroes through this or that film restore the sometimes touching and sometimes rather harsh atmosphere of our recent common past, "said First Channel. It is well known that studio guests will be actors, directors, producers, as well as people who became popular that year in other activities. Fashion historians will also be part of the show – they will tell you, from which, at the time, they sewed clothes, where they bought fabrics and accessories.

"It seems to me that today nostalgia has not become so much a state of mind, as it has turned into a separate and bright trend. People love to participate in flash mobs on social networks, thankfully sign up for historical accounts, post photos of their parents and grandparents. Today's time often separates people. Suddenly it has been discovered that in the past there is an incredible quality, it is unbelievably united, and the memories of it are almost always cheerful, and today's viewer, in my opinion, is looking for these emotions, "believes Yulia Menshova. The project will debut on February 4, reports TASS.

Yulia Menshova will host a new talk show on Channel One

Recall that a few months ago, Yulia Menshova gave herself to nostalgia and published archive photos with her famous parents, Vera Alentova and Vladimir Menshov, in her Instagram blog. And in mid-December, she showed a rare photo of her eldest son, Andrey, who was 21 years old. Yulia decided not to write long congratulations and limited herself to three hashtags: "you were born only recently," "I love infinitely" and "just lucky" and a heart-shaped sticker.

We add that Julia has more than 20 years of happiness in marriage with the actor Igor Gordin. It is true that a few years ago the couple faced a crisis in relationships: in 2005, they even decided to leave, but in 2009 they met again. At that moment, husband and wife had to show wisdom. Interestingly, ironically, in the personal life of the TV presenter there was a kind of somersault that was in the lives of their famous parents (Vladimir Menshov and Vera Alentova lived apart for several years, after which they converged again). The son of a star couple, Andrei, followed in the family's footsteps: he is studying at the Moscow Art Theater School. But the daughter of Gorin and Menshova Taisiya has no desire to associate his life with the film. The girl inherited from her mother the ability to formulate her thoughts and write, so that the parents want to send the girl in the direction of journalism.

Julia Menshova with her husband and daughter

Julia Menshova, 49, responded to criticism of her appearance with a joke