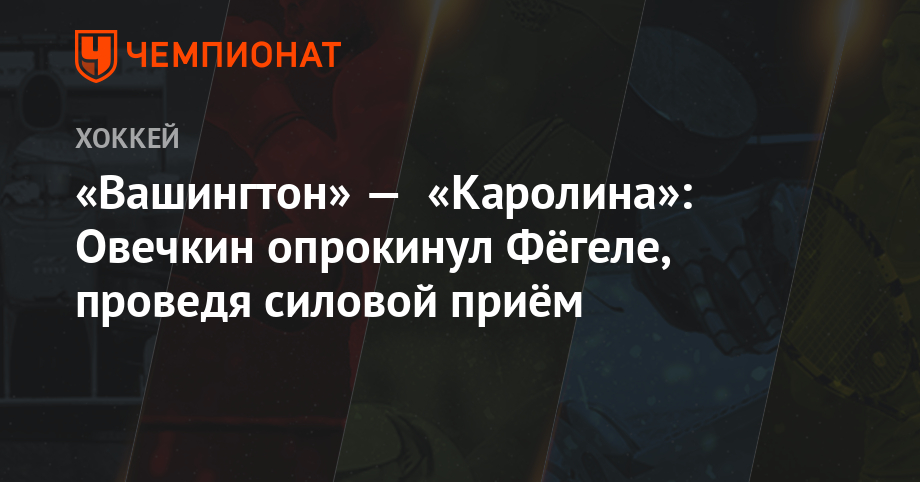 The Washington Capitals held the fifth round of the NHL playoffs with Carolina Hurricanes. The game took place in Washington at the Capital One Arena and ended with a 6: 0 crush (1: 0, 2: 0, 3: 0) in favor of the hosts.

The whole game was filled with power techniques, under one of which hit the striker "hurricanes" Warren Vögele. He was toppled on ice by the captain of the "capital" Alexander Ovechkin. The chief referees of the game Dan O & # 39; Rourke and Tim Peel did not consider the actions of Ovechkin a violation of the rules.

Video of the moment can be seen in the official "Tweet" "Washington Capitals".

"Washington" leads the series with a score of 3-2. The sixth game will be held on April 23 at Moscow time in Raleigh.

The players "Carolina" allowed "Washington" to mark, believing that there was a referral