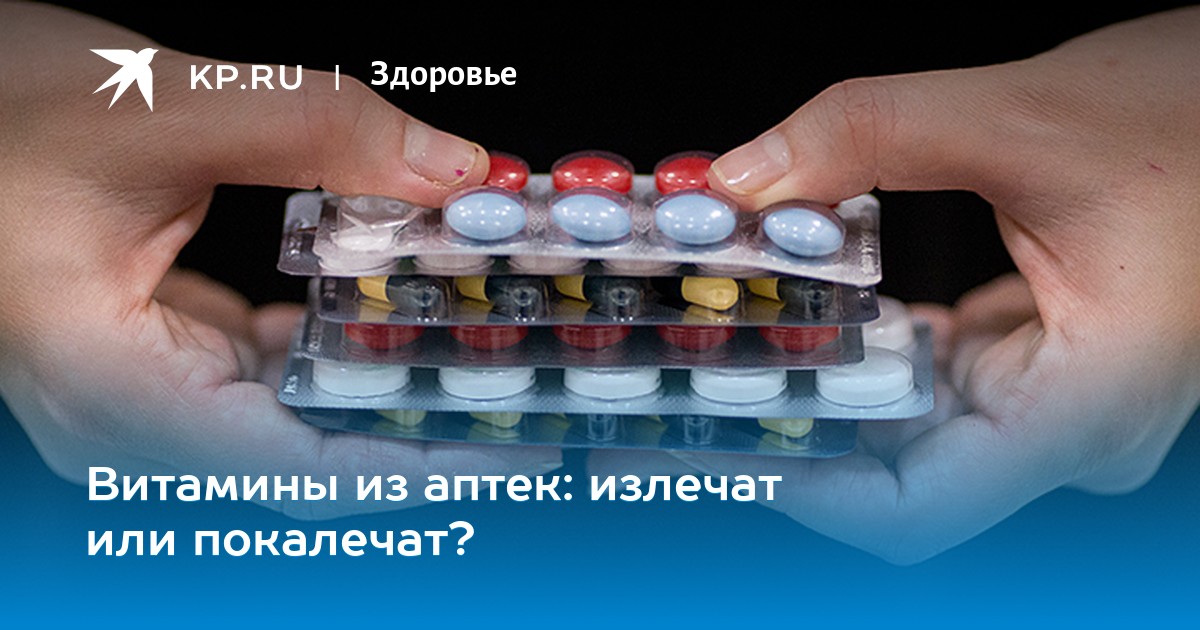 How long have you been buying a multivitamin complex at a pharmacy to liven up your vitamin-hungry body in the winter? And who in the home medicine cabinet has vitamin C "for colds", vitamin A to improve vision and vitamin E for smooth skin? Meanwhile, in world medicine, more and more results from long-term health observations of people taking different vitamin supplements accumulate.

The medical community is becoming increasingly firmly established in thought: certain pharmaceutical vitamins should be treated more like medicines than harmless food additives. Multicolor dragee should be taken not "just in case" and increase tone, but strictly for medical reasons and considering contraindications. While other dietary supplements with vitamins can be attributed to fuflomicin, that is, it means that, according to the research data, they are useless. Why, then, empty your wallet and once again charge the kidneys with the completion of artificially synthesized confusing substances?

In order to create for you a navigation reference on the beneficial stupidity of pharmaceutical vitamins, we have studied the results of the most illustrative and large-scale observations of the results of taking vitamin supplements.

All in the same jelly

An international team of scientists analyzed 179 studies on the results of taking multivitamins. The results are published in a respectable medical journal. Journal of the American College of Cardiology. The main conclusion is unlikely to please fans of brilliant pharmaceutical packaging: taking most of the vitamins and minerals does not reduce the risk of mortality, the development of cardiovascular and oncological diseases.

The scientists found that:

– Multivitamin complexes, as well as vitamins D, C, A, B6, E, calcium, beta-carotene, zinc, iron, magnesium, selenium do not affect the risk of cardiovascular diseases and total mortality;

– antioxidants and niacin (vitamin B3) not only do not reduce but also increase the risk of total mortality, that is, generally weaken the body;

– Folic acid and vitamin B complex reduce the risk of stroke.

In the latter case, the result seems encouraging: according to the study, folic acid intake reduced the risk of vascular brain damage by as much as 20%. However, the authors of the scientific work warn that everything is not so simple and cloudless. The fact is that the observation that showed this result was China. There, most people have a marked deficiency of folic acid. Thus, its reset to a normal level and led to positive results. While in the European population there is general deficiency of this vitamin. And the great benefits of taking folic acid for everyone (Pregnant women are another story, see "Important") not proven.

Another study carried out in 2011 with more than 38,000 women over the age of 25 showed that multivitamin complexes, in particular including vitamin B6, folic acid, magnesium, zinc and copper, increase the risk of general mortality (ie various diseases ).

Vitamins A, C and E are powerful antioxidants. "When we are confronted with stress, reactive forms of oxygen are formed in the body, often called free radicals," he recalls. Alexander Tyshkovsky, biomedical technology specialist, researcher at the Harvard Medical School's Aging Research Lab. – Free radical protection provide antioxidants. There is still much controversy over the benefits and harms of these substances. " According to the scientist, most studies now lead to the conclusion: free radicals apparently function as poisons and drugs. That is, in a small dose, they may be useful because they activate mechanisms for "repairing" injuries to the body, including reducing the risk of cancer. And in excessive amounts, free radicals are dangerous. As far as antioxidants are concerned, this may mean that if their flow proves to be super-potent, there is a risk of weakening protection against cancer.

Apparently, this is exactly what is happening – has shown observations of people taking biological supplements with antioxidant vitamins. In particular, it has been found that:

– in smokers who regularly took vitamin A, lung cancer developed more frequently compared to those who did not take it;

– Taking vitamins A and E as a whole increases mortality from various diseases.

Often, this popular vitamin is attributed to the ability to strengthen the immune system and even treat a cold. They say that viruses can be easily killed if at the first signs of acute viral respiratory infections to take a dose of ascorbinka attack.

For the first time on the effectiveness of vitamin C for preventing colds in 1970, the doctor said Linus Pauling. The scientist recommended taking powerful doses of a vitamin, about 2,000 to 2,500 mg per day, specifically to prevent but not treat colds.

Further studies have shown that vitamin C does not reduce the symptoms of the cold and does not shorten the duration of the illness. But even worse, large doses of vitamin C – 2000 mg and higher – may contribute to the formation of kidney stones. For reference: different medicines contain different dosages of the vitamin, so please read the instructions carefully.

Protection against tumors or help for cancer cells?

For a long time, vitamin B3, or niacin, was called an oncoprotector. That is, it should reduce the risk of cancer. However, unfortunately, just the opposite has ended. A large study involving more than 36,000 men showed that those who took niacin had a higher incidence of prostate cancer. In another study, taking higher doses of vitamin E led to a jump in overall mortality (of various diseases).

In addition, niacin has been attributed to the ability to protect against Alzheimer's disease, cardiovascular disease and some other diseases. But recent observations put an end to those hopes. Thus, in one study, 25,000 patients with cardiovascular disease received large doses of vitamin B3 to raise the level of "good" cholesterol. However, the drug did not reduce the risk of cardiovascular disease, stroke and mortality. In addition, study participants taking niacin were more likely to suffer from infections, liver damage and bleeding of internal organs.

At the same time, vitamin B3 in food can not lead to an overdose and is good for the body, experts say. Doctors recommend getting niacin from their natural sources: eat beets, tuna, salmon, beef liver, sunflower seeds. In addition, poultry, eggs, dairy and bananas contain tryptophan – an amino acid that in our body is converted into niacin.

Do not overdo with the "sunny" vitamin

Vitamin D is often called the vitamin of youth and longevity, notes well-known Russian gerontologist, corresponding member of the Russian Academy of Sciences, author of the book "Secrets of Eternal Youth" Alexei Moskalev. "According to several sources, a deficiency of this vitamin is found in 60-80% of Russian adults," says the scientist. "Studies have shown that replacing vitamin D deficiency reduces the risk of depression, helps get rid of excess weight, increases testosterone levels in men and reduces the risk of breast cancer in women."

However, it is important to remember: this vitamin is able to accumulate in the body if taken in the form of drugs (not sunbathing), warns the teacher. Moskalev. In case of deficiency, the accumulation of vitamin is good for us, helps to fight the shortage. However, if it is not controlled, ie without a prescription, you are not taking the appropriate dose, there is a risk of overdosage. "Increased levels of vitamin D in the blood can lead to impaired calcium metabolism in the body, which is replete with an increase in" deposits "in the walls of blood vessels. Therefore, it increases the risk of cardiovascular diseases, heart attacks and strokes, "explains the researcher.

I take drugs from pharmacies?

Nobody denies that our body needs vitamins. These are vital substances, so by the way, the name was: vita – in Latin "life". But you need to add vitamin supplements from pharmacies to your diet only if your body really needs them. Only a doctor can determine this. And it would be good for the doctor to keep an eye on modern research that brings new data: that vitamin preparations work, do not work, can harm.

In any case, it is important to remember that every vitamin has a dose above which it becomes toxic. And the maximum benefit can be achieved if you take effective vitamin supplements for medical reasons and at the dosages prescribed by the doctor.