In the new composition, the singer told the producer a love story. 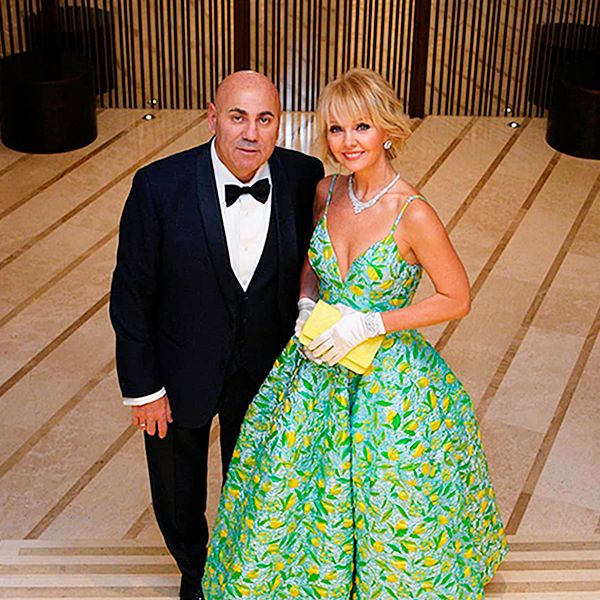 Today, singer Valeria is 51 years old. In honor of his birthday star he published a photo archive with his mother Galina Nikolaevna and thanked his father for life. "Today is April 17th, which means it's my birthday. Mom, I congratulate you !!! Thank you for your life !!! This is your holiday, maybe even more than mine. I love you very much, I love my family, my friends, my job, I love this life and it gives me back. Cheers !!! Well, did you run any more ??? !!! "- the singer addressed the mother (the spelling and punctuation of the authors are presented here unchanged. Note ed.).

Happy Birthday star congratulated fans and colleagues. Thus, Yana Rudkovskaya, Varvara, Sergey Zorin, Natasha Koroleva, Zara, Olga Kabo, Anastasia Makeeva, Inna Malikova, Yana Churikova, Yulia Savicheva, Igor Vernik and others addressed the birthday girl with warm words. Valeria's husband, Joseph Prigogine, did not miss the opportunity to publicly congratulate his wife. "Thank you for your love, thank you for your patience, thank you for the incredible opportunity to be with you. For me, you will always be a guide and a constant cause of pride and admiration. A man of rare qualities and professionalism with an incredible sense of humor. You are a perfect cut diamond with high purity. With love and respect, always her loving husband, "wrote Prigogine.

On her birthday, Valeria released a new song, "We Do not Look The Same", which she dedicated to her husband. "This is the story of our love, our relationship," she said. Prigogine admitted that no one had dedicated music to him before. "I know examples from when men dedicated songs to their loved ones, and I do not remember a woman giving me that," the producer once again admired his wife.

Joseph Prigogine and Valeria, along with 2004. Last year they passed the wedding ceremony. The couple have no ordinary children. In 2014, the singer managed to get pregnant, but by the second month she had a miscarriage. The reason for this was a viral infection, which the artist tried to defeat with antibiotics. However, Prigogine considers his three children to be his first marriage to Alexander Shulgin as his relatives. Valeria, for her part, has a very warm relationship with her husband's children.

Valeria dedicated Joseph Prigogine to the song "We not look like"

In a recent interview, the producer admitted that he had been ashamed of Valeria for many years for not doing anything to represent Russia in Eurovision 2009 that had been entrusted to Anastasia Prikhodko. "Valeria has just been released! It was before Eurovision in Moscow. Representatives of a federal channel (there was such a Larisa Vasilyevna) first convinced me that Valeria should represent Russia. The negotiations lasted two months. In the end, we went to London and made a video that cost us 300 thousand dollars. Jean-Paul Gauthier sent two masterpiece dresses to Valeria. But the son of Larisa Vasilyevna at that time was the boy of the singer Prikhodko. And their positions were stronger: the night cuckoo would last all day, "Prignogine said indignantly.

The producer admitted that he wanted to hold a press conference, but his wife dissuaded him. "In general, I am a strong man, but at that moment I had my eyes dropped from the blatant injustice. Ten years have passed, but I still can not forget and forgive myself, since I, such a smart boy, could enroll me in this situation! I'm ashamed of Leroy. We were simply used for PR to see, "Joseph I. said bitterly.

Valeria thanked the children for their support at the European concert and published a warm family photo.