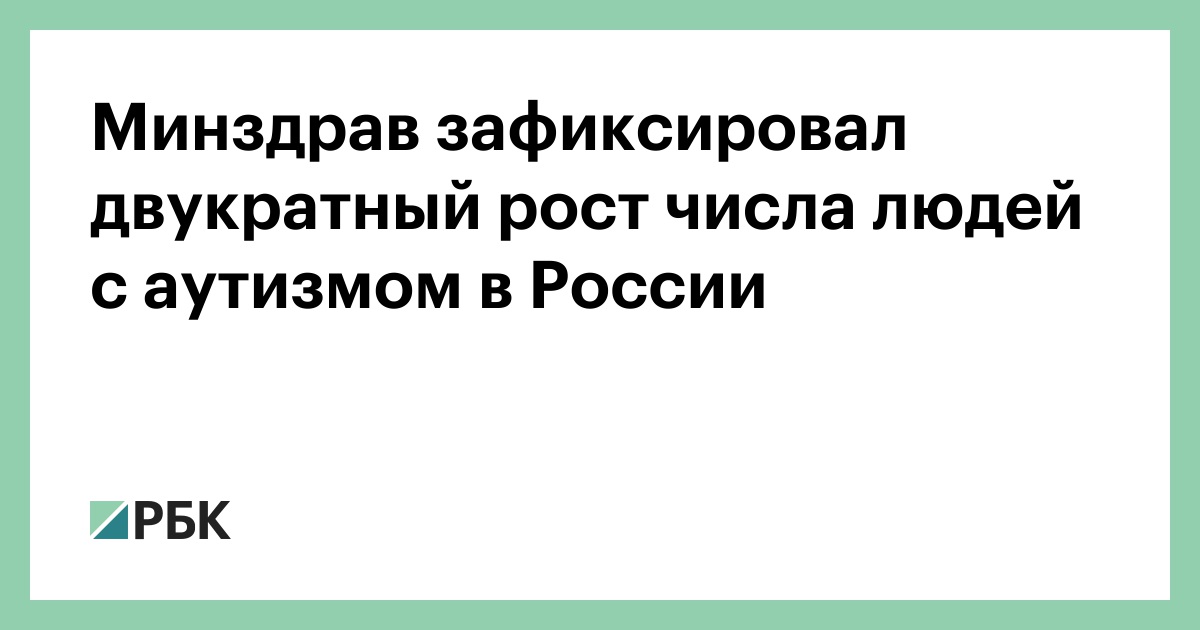 In Russia, the number of people with autism more than doubled in a few years, such data resulted in the press service of the Ministry of Health, reports to RIA Novosti.

April 2 marks the World Day to disseminate information about the autism problem – a disorder that occurs as a result of a breakdown of brain development and is characterized by characteristics of social interaction and communication. According to the Ministry of Health, in 2014, 13,897 people with autism were registered and, in 2018, 31,415.

World Autism Awareness Day was established by a resolution of the UN General Assembly on December 18, 2007. According to the World Health Organization (WHO), there are about 67 million people with autism in the world.