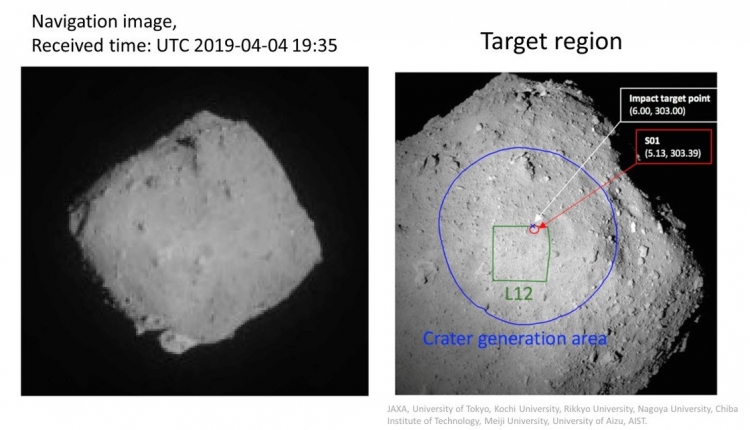 Japan's Aerospace Exploration Agency (JAXA) has reported on a successful detonation that occurred on Friday on the surface of the asteroid Ryugu.

The purpose of the detonation, made with the help of a special unit, which is a 2 kg copper capsule with explosives, sent from the Hayabusa-2 automatic interplanetary station, was to create a circular crater. In the background, Japanese scientists are planning to collect samples of rocks that can give an idea of ​​the formation of the solar system.

In conditions of extremely small gravity in an asteroid after the explosion, a large cloud of dust and stones will rise. A few weeks later, when he settles down in May, an asteroid landing probe will be made to collect soil samples in the area of ​​the crater formed.

The Hayabusa-2 mission began in 2014. Japanese scientists have set the task to get soil samples from a Class C asteroid whose diameter is less than a kilometer, which will be later delivered to Earth for detailed analysis. It is assumed that the Hayabusa-2 probe will return to Earth with soil samples by the end of 2019. "Hayabusa-2" landing, according to the planned schedule, will be held at the end of next year.