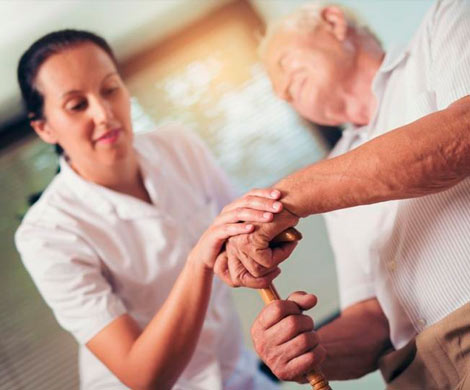 As part of a study, the scientists concluded that changes in the serotonin system may begin very early and precede the onset of motor symptoms for many years.

According to the results of researchers, analyzes aimed at identifying flaws in the functioning of the serotonin system can be used as a tool for screening and monitoring the progression of the disease.

Earlier, the researchers said that you can recognize the disease "by the eyes." Among the symptoms that may indicate the development of the disease, blurred images were mentioned as well as difficulties in determining shades of green and blue.

However, the accuracy of this diagnostic method is quite dubious, similar symptoms are characteristic of diabetes as well as thyroid problems.

British researchers have proposed to diagnose Parkinson's disease by the smell. According to the scientists' findings, molecules appear on the skin of patients that cause a specific odor.

IBM engineers, in turn, developed a biomedical control system based on a usable nail tension sensor. The sensor will record the movement of the hands and help determine the tremor characteristic of Parkinson's disease.

Parkinson's disease is the second most common neurodegenerative disease. The number of cases is estimated by doctors at 60-140 people per 100,000 people. With age, the number of patients increases significantly.

So far, scientists have failed to find a way to protect mankind from this disease. All existing medications are aimed only at relieving the symptoms, but not fighting the cause.