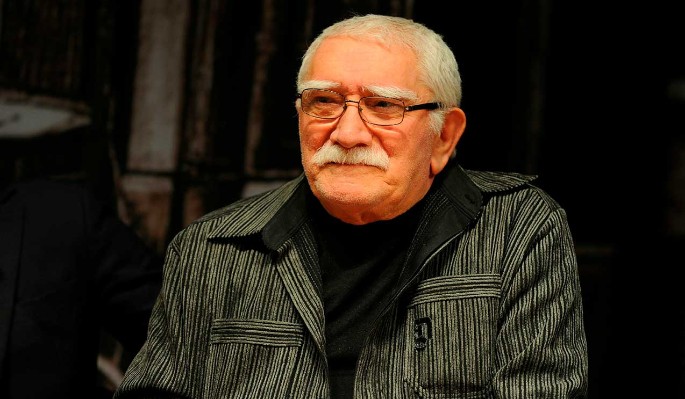 In the official group of Armen Dzhigarkhanyan on Facebook appeared footage touching the meeting of the father and the prodigal son. Apparently the arrival of Stepan caught the actor by surprise, so from the food on the table only bread, salads and sausages, which Armen Borisovich loves very much. But the main thing is sincere feelings!

"Stepan grew up close to Armen Borisovich, he was a friend of his sister, together they survived the loss of his daughter Armen Borisovich, this is the cement on which their relationship is based, and he is very strong." Stepan still can not talk about tragic days May God bless you so that the joy of communication lasts as long as possible, "" Good boy, worthy son. "" It's good to see you together, "wrote a number of fans of the actor. 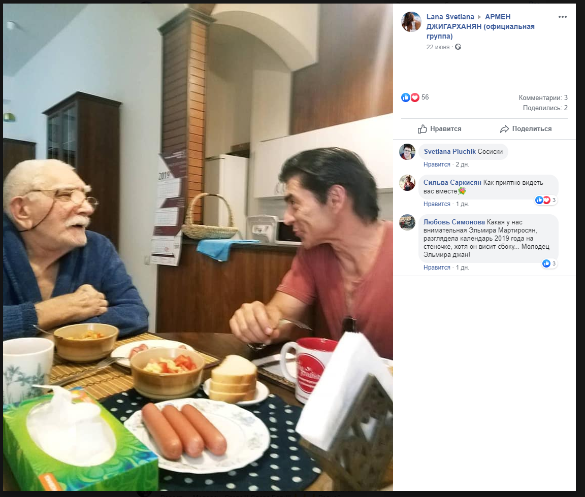 Recall that Stepan Armenovich Dzhigarkhanyan at birth had the name of Stepan Aleksandrovich Grigoryan. His father is Alexander Grigoryan, artistic director of the Yerevan Russian Drama Theater. But Stepan did not maintain relations with him because his mother
Tatyana Vlasova
was against 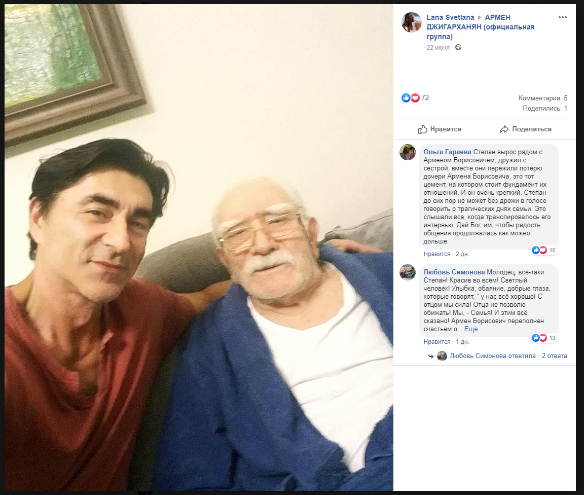 Stepan Armenovich
As a child, he starred in films, played for a while on stage, worked as a model, graduated from the Faculty of Journalism at Moscow State University. But soon he preferred Moscow to Las Vegas. There, Stepan found his vocation in an unexpected area – he became a professional poker player. 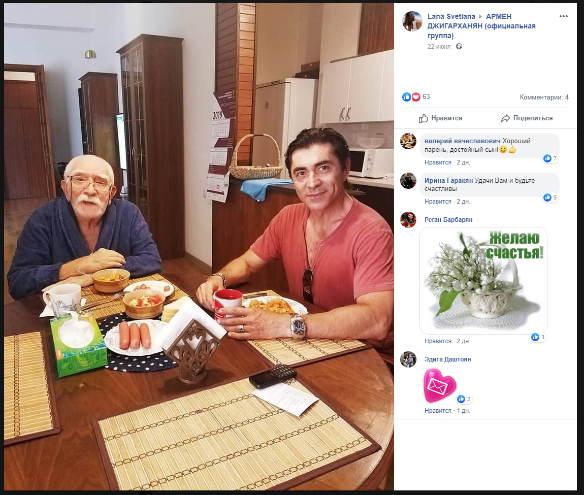