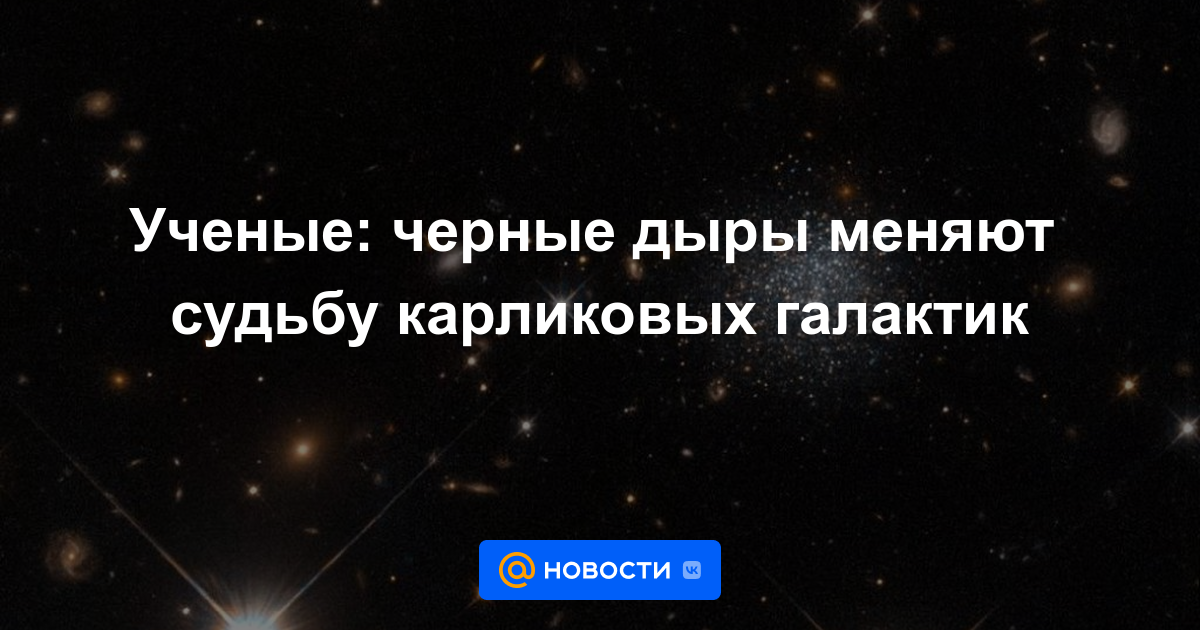 Supermassive black holes in the center of dwarf galaxies have a strong influence on their evolution, inhibiting the formation of new stars.

This conclusion was reached by astronomers at the University of California at Riverside. Their study is published in the Astrophysical Journal.

Supermassive black holes exist in the center of almost all galaxies. They are surrounded by a disk of dust and gas, which they gradually absorb. Part of the matter "escapes" absorption in the form of jets – beams of heated plasma moving at the speed of light almost.

But this is not the only way. There are also so-called quasar winds. The gravity of the black hole heats the matter in the disk. Dust particles and gas molecules accelerate, spiral around a black hole, and then fly into outer space. The speed of these winds for different black holes is different. It can be 4-5 times slower than the speed of light.

Observing 29 dwarf galaxies with black holes in the center, the scientists found high-speed ionized gas flows in 6 of them. "The winds were stronger than we expected," says physics teacher Gabriela Canalizo.

Scientists have long known that quasar winds play an important role in the formation of galaxies.

By spreading gas and dust across the intergalactic environment, they retard star formation. It is believed that without such winds there would be many more stars in large galaxies. But the influence of winds on dwarf galaxies was even stronger.