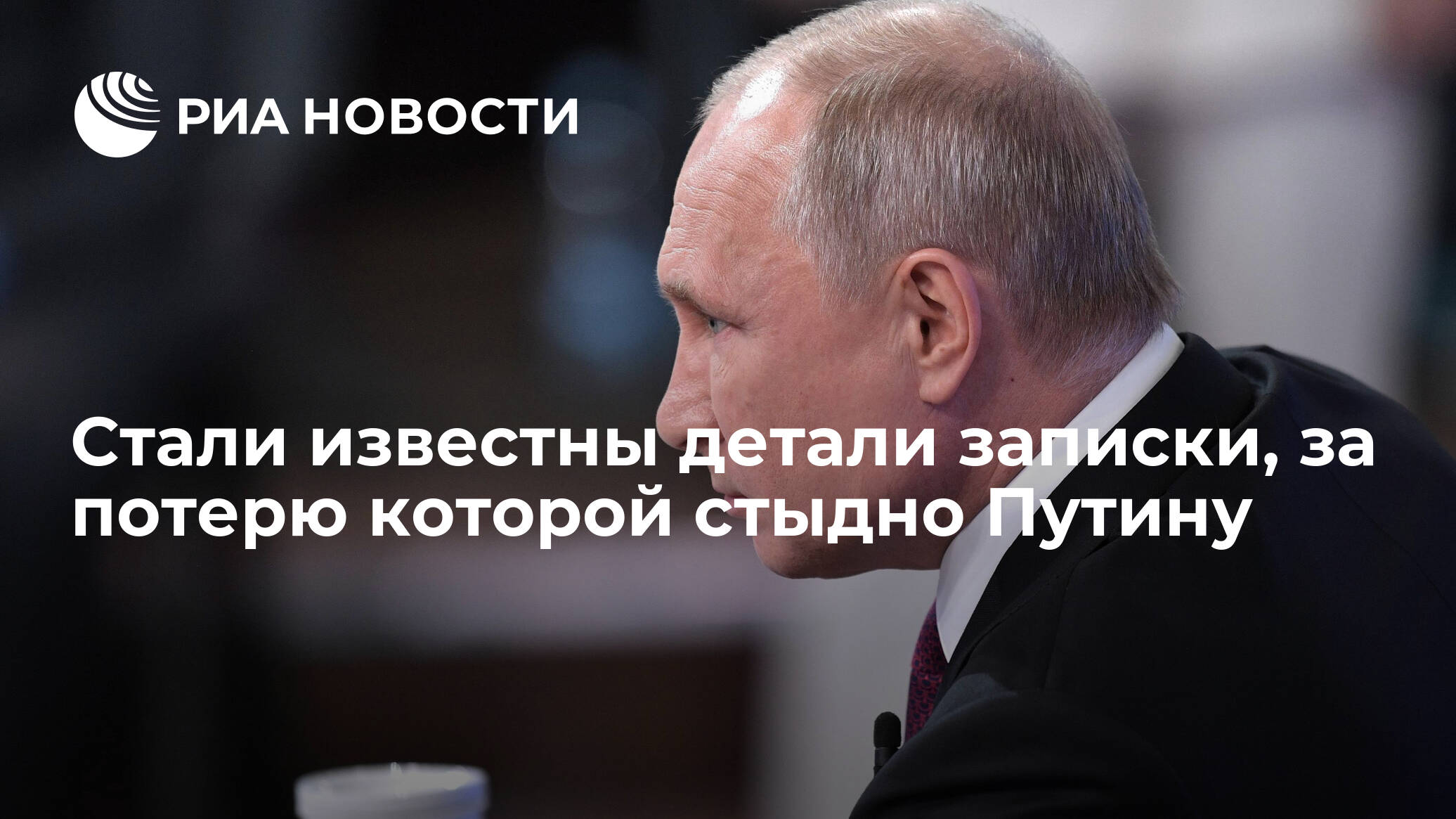 SYKTYVKAR, June 22 – RIA Novosti, Svetlana Zadera. The story of the missing note, which President Vladimir Putin said during the hotline, occurred in Syktyvkar in 2010. Then two women, who were waiting for the head of state, cooperated and wrote the same notes, one of them managed to break the guards and pass the note to the president. This was said RIA Novosti wife of the second woman, Vladimir Shcherbina.

During the hotline on Thursday, Putin was asked if he was ashamed. The head of state said he was ashamed to lose a note asking for an elderly woman who fell on his knees in front of him during one of his trips to the regions in the 2000s. Putin added that he was embarrassed by now, so everything that arrives to him falls into the hands, he tries "to work to the maximum".

As local journalists who covered these events told RIA Novosti, this story took place during the president's working visit to Syktyvkar in September 2010. The president then visited the Komi industrial enterprises, and also met with the head of the region Vyacheslav Gaizer and discussed the problems of timber industry complex development and investment projects in this area.

"She was not only a witness to this situation, I remember how it happened, she left in the morning hoping to find Vladimir Vladimirovich somewhere." She spent all day hoping to find. that I remember, her name was Valentina Approximately I know the essence of her question, the speech concerned her son, as she believed, illegally convicted My husband wanted to convey information on the land issue to large children They cooperated and agreed on who would be the first to reach the final point. Edat noted that he wrote two identical notes ", – said Vladimir Shcherbina.

According to Vladimir, the guards asked the women to leave the square, but they did not leave.

"This Valentine left the guard's hands and ran to him, stumbling, falling." Vladimir Vladimirovich said that they were trying to hold her. She was standing close by.He asked her to stand up, at that moment she shook her hand.The note was in her hand , he took this note from her, "said Vladimir.

He added that the guards who were blocking the way for his wife and Valentina later tried to discover the nature of the note.

"After a time, two or three months, I saw Vladimir Vladimirovich appealing to large families on the central television, and my wife and I were sure that the goal was achieved," Vladimir said.

RIA Novosti has yet to get a comment from Elena Scherbyna herself.