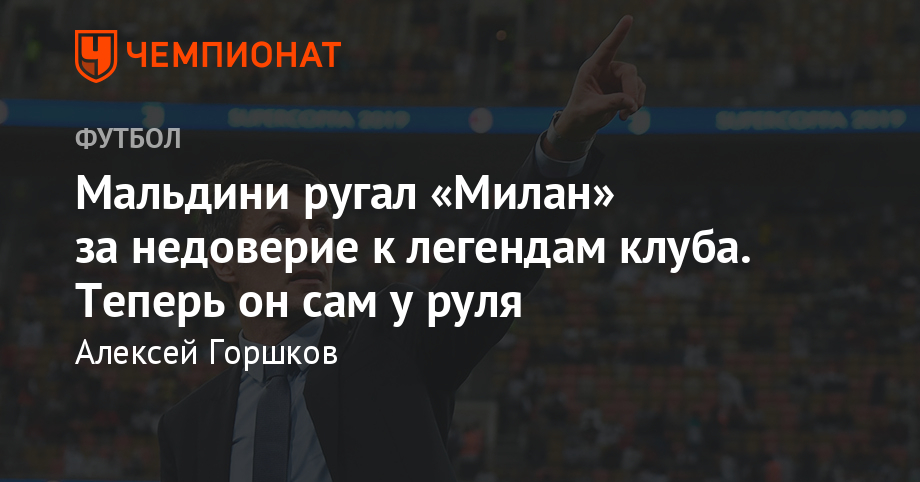 In mid-June, Milan officially announced its appointment. Paolo Maldini to the position of technical director. The former captain and legend of the Rossoneri returned to the club in 2018, assuming the position of director of sport development, and during all last season he acted together with Leonardo. According to Paolo, he had to learn a lot with a more experienced colleague, so in a way (especially in the beginning) his work seemed like an internship. Now, after the Brazilian's resignation, Maldini himself was in his place, and the burden of responsibility he will have to bear will be much greater. This time he has to cooperate with another former teammate, Croat Zvonimir Boban. Gazzetta dello Sport recently published an article with a very optimistic message about its alliance already started: Milan is starting to restructure itself with Maldini and Boban. Both have a rossonera t-shirt attached to the skin. Paolo and Zvonimir are not just former champions and team mates: they have relationships that can be called fraternity without exaggeration. " 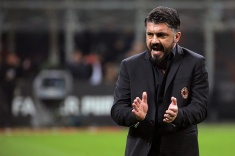 "This club is my passion." Gattuso left Milan and refused money

The Rossoneri did not make it to the Champions League.

It is clear that friendship, enthusiasm and dedication are no guarantee of a good result, and now it is unclear which is the manager Maldini. However, the way he has flatly refused to return to Milan with the Chinese owners and agreed, having carefully considered Elliott's proposal, says that from his side this is a balanced decision, which means he also feels ready to management position. Of course, such an argument in favor of his appointment is no more than an indirect one, but even so, he gives reason for contained optimism. For example, the former defender of "Milan" Daniele Daino supported the former captain of the Rossoneri in his new role: "I am very happy for him. We played together, he was an example to me. Now Paolo has a great opportunity to restore order after the confusion of the last few years. It will pave the way for a serious project, it will call professional staff. I'm sure to make the right choice. Paolo will deal, because nobody knows "Milan" better than him. "

Milan, as a club with a long history and traditions, should be interested in engaging people in its management structure who embody and convey their values. Any mark of success is first and foremost an image that forms itself upon the public consciousness. From this point of view, Maldini is an absolutely correct person for a high-level representative position. In a sense, it reflects the ideological component of the project and, in the eyes of millions, the Rossoneri associate with Milan of the golden age. In an interview in 2013, Maldini commented on the problems of the club as follows: Milan went from a magic team to a completely normal. And do you know why? In many large European clubs with a similar past, such as Real Madrid, Barcelona, ​​Bayern, those who wrote the story, worked there to convey to the young what they learned. In contrast, the Milan club itself failed to pass on these values, not to mention the investments. In the main roles of today's Milan, there is no one who has made history. "

Of course, at that moment, Maldini himself was not in the structure of Milan, and it is always easier to talk about the state of things outside. However, even so, he outlined his position on one of the fundamental issues of club organization and development.

It should also be noted that the service to the team and the fans as a player does not guarantee success as a football official, so there is a certain skepticism towards Maldini at the moment. Will he handle the responsibilities assigned to him? Will he show himself as a competent manager? Much of this is not yet obvious, because last season, in terms of transfers and negotiations, he remained in Leonardo's shadow, concentrating more on internal tasks, trying to establish an effective interaction between management and staff. Quite possibly, now some consider his appointment as technical director, partly as a populist movement. 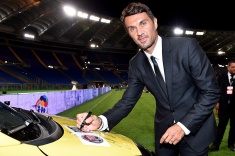 Return of the prodigal son: Milan and Maldini together again

Maldini returns to Milan for the position of director of strategic development.

However, the current owners of the club, the Elliott Foundation, having offered it such a role, make it clear that they hope to restore the old Milan status, relying on the authority of those who have already signed up for their history. So whatever the end of this new chapter, I think both the club and Maldini himself deserved a chance to try writing together. In August 2018, the president of "Milan" Paolo Scaroni commented on the return of Maldini: "It is difficult to describe in words what Paolo means for Milan. It was an honor to see him play and win numerous trophies. Happy and proud to be working with Maldini in his new role. Paolo's leadership qualities and experience will be of great benefit to the club. Milan have ambitious goals and Maldini is a step towards the return of greatness to Milan.

In general, the story of "Milan" and the Maldini family is unique in its own way. It is not just a chronology of labor relations, but a whole saga in which father and son are symbols of the team for many years, their captains and permanent leaders. This is one of the most important examples when love for a club is passed down through the generations. Paolo Maldini spent 25 years as a player at Milan. If you think about it then it is simply amazing. He made his red-black debut in January 1985, and in 1997 he received the captain's armband, which belonged to him until the end of his career.

"I remember when I inherited the captain's armband from Franco Baresi, Capello asked who will be the new captain. Others, including Billy Kostacurthe also had this right. We decided all this in the locker room and had no problem taking responsibility. "

Maldini was one of the most respectable players, one of whom were called senators in Milan. Gennaro Gattuso recalled his early years in a red and black T-shirt, he said that it was these people who were responsible for the hard discipline and mutual respect in the team. They have largely determined permissible ethical standards, being an example to others. The current "Milan" clearly is not enough of what is commonly called identity, and the connection between today's generation and the Rossoneri champion traditions is very conditional. Simply put, the former Italian grandchild is nothing more than a name. It is presumed that now Paolo Maldini must become a kind of link in this chain of generations, a person who, at the corporate level, will be able to recreate the DNA of the old Milan, one of the strongest European clubs. The task is certainly complex and multi-component. 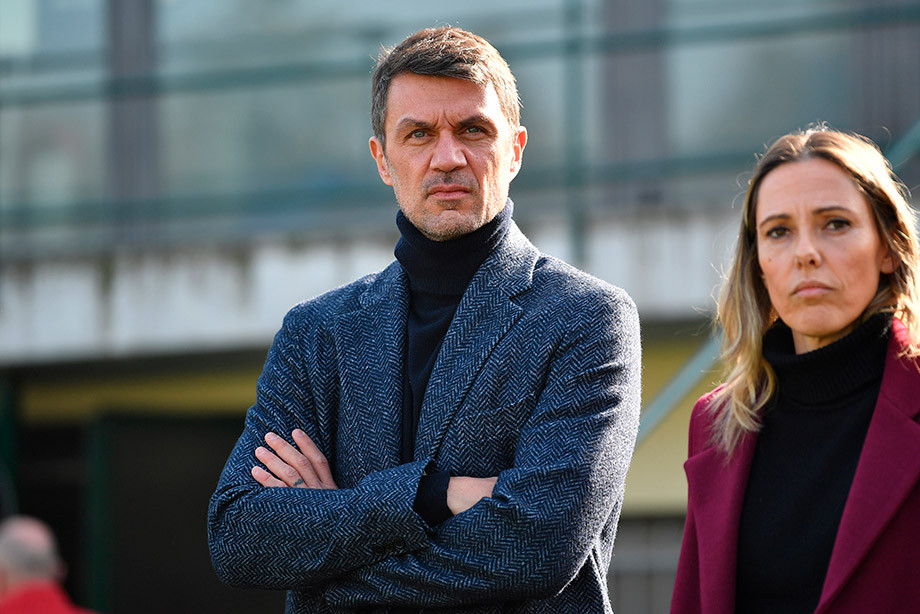 After several failed seasons at a quick rebirth, it seems like there are few who believe, so why not give someone a chance who really deserves it? If the Rossoneri are destined to finally overcome the prolonged deep crisis, it will be quite natural if they do so with someone who knows the club from the inside, being at the same time one of their symbols and the embodiment of the best sports and human qualities. In the same interview in 2013, when asked if Maldini viewed himself as a football coach, he replied: "My strong point is my knowledge of football: the evaluation of the players and the experience I have acquired in my long career. I think I survived the whole evolution of modern football, so yes, I could work as an employee. "

If Maldini succeeds in planting Milan again, it seems, the lost "cultural gene" of his generation and becoming one of the supporters of his rebirth is another matter. In any case, Italian occupies only one of the leading positions, and far from everything will depend on his decisions. The crisis in the club also did not begin with him, so it's too early to make very pessimistic predictions about his future job. Now one thing is clear: bosses have the right to invite someone they deem competent enough to carry out the assigned tasks, and a person who has given the team 25 years of his life, of course, has the right to accept this invitation if he feels strong. And if Paolo Maldini is successful, his history with Milan will have a nice continuation.