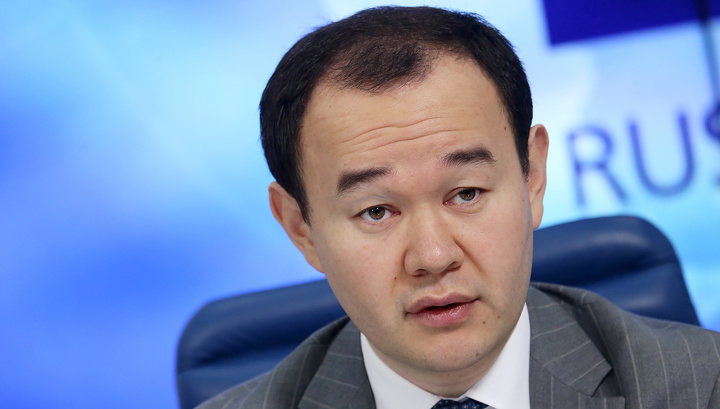 340 thousand rubles The amount Andrei Arshavin will have to pay monthly to Alisa Kazmina for the maintenance of her common daughter, Yesenia. This is the decision of the Krasnoselsky court of St. Petersburg in a high profile divorce proceeding.

However, the marriage of the former captain of the Russian football team is not officially closed. The final phase of the process was postponed until the summer. We decided to give the spouses time for theoretical reconciliation. However, in practice, it is hardly possible. From the very same Kazmina made it clear: it was not enough for his pension.

You want to fetch content worth four million: two for you and the child. A month. According to his lawyer, the chances of winning are high. But to decide here – the competent authorities.

One more football story continued today – at the hearing in the case of Alexander Kokorin and Pavel Mamayev, the testimony of the victim Denis Pak was heard.

Denis Pak, director of the automotive industry and the railway engineering department of the Russian Federation's Ministry of Industry and Trade, who was the victim of a fighting, left the courthouse building surrounded by journalists. Gone without a word.

Exactly two hours the victim's investigation lasted. There, Pak had to answer dozens of questions. Interrogation by the prosecution, the defense, the judge. Some questions had to be answered several times. The starting point of the conflict, as the victim believes, was his innocuous comment about a drunken company that behaved provocatively.

"I made a remark in the correct way: they behaved grossly and disrespectfully. The first approached Kirill Kokorin, he started using foul language."

According to Pac, the drunk company behaved improperly. The reason for making a comment was the verbal attacks on his side by race. But this only further provoked the players and their friends.

"They spoke Chinese to me, they said I should go to China and make comments there. It was all very unpleasant."

Pak also explained in detail how he was hit and what the Kokorins and Mamayev brothers shouted at the same time.

Alexander Kokorin took a chair and, wanting to inflict the most damage on my life and my health, struck from above to the head area. I raised my hand and the blow fell on my hand and head. Kirill Kokorin started banging his head. I do not remember the number of blows. This beating lasted several minutes. "

"I'll kill you!", "You're lucky you survived!" Alexander Kokorin turned and very aggressively said that I was "Chinese" and this was accompanied by a selective curse – this is another direct quote from the victim.

The defendants' attorneys, interviewing Denis Pak, tried to play, and even some troll the victim. Cyril Kokorin's lawyer used to have fun with Denis Pak's broken tooth as a result of the beating.

"Did you say that the enamel was enamel?" "In what part of the genital … oh, that is, the oral cavity was that?" "Sorry for the pun." "When the blow came, did you show your teeth?

In general, it was not funny: neither Pac, nor the judge, nor the numerous spectators in the hall, because the defendants' lawyers did not try to neutralize the situation.

By the way, that Kokorin, that Mamaev, really is no laughing matter. In addition to criminal prosecution in Russia, FIFA may be seriously interested in their racist statements – and this may be followed by a lifelong ban on participation in games under the auspices of FIFA.

"In all sports there is a different level of tolerance for different types of misconduct. Alcohol consumption, and sometimes drug use, is less disruptive in terms of FIFA standards than the manifestation of any racial discrimination. This is followed by immediate disqualification. They see it not just as behavior. " in the field but also out of it ", – said Natalia Shatikhina, the representative of Denis Pak.

It is worth adding that Kokorin that Mamaev once again offered his apologies to Pak and offered to reconcile. The victim did not comment on the next apology. Probably not forgiven.