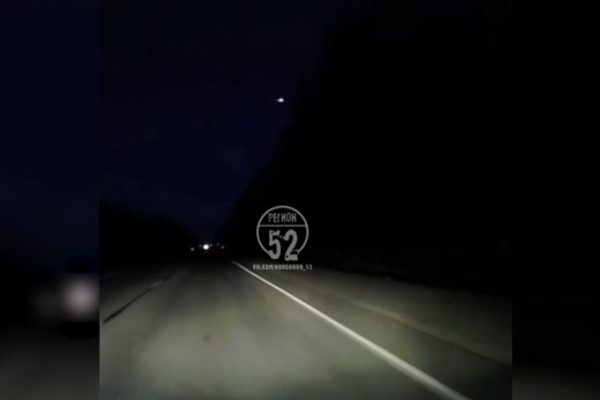 In the sky over the region of Nizhny Novgorod flew a luminous object. The footage of the celestial phenomenon was captured by a DVR camera, the video appeared on social networks, reports to REN TV.

According to eye-witnesses, the flight of a bright object is more like the fall of a meteorite, but there is still no exact data on it.

Portal "TemaNN.ru" informs that the "meteorite" was observed by the inhabitants of Arzamas, Diveevo, Dzerzhinsk and Nizhny Novgorod. A bright object flying at high speed was seen by Nizhny Novgorod on April 20 at around 8:00 p.m. At the same time, a similar phenomenon was observed at that time by residents of the Ivanovo region.