Elena Bombina pointed out that her husband did not like stupid people. 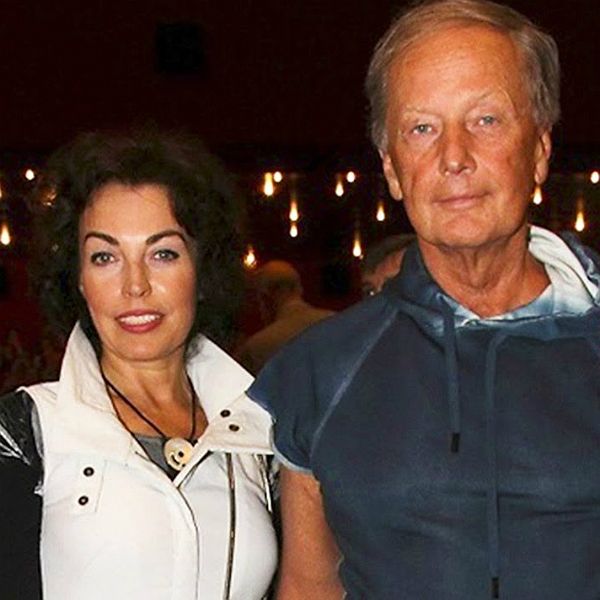 The famous comedian Mikhail Zadornov died on November 10, 2017. Mikhail Nikolaevich was 69 years old. The artist was treated for cancer for a year, but he could not overcome the terrible disease. On the first anniversary of the death of the satirist, his friends and family gathered at the First Channel's "Tonight" studio to honor Mikhail Zadornov's memory and share unknown details about his life.

The widow of humorist Elena Bombina and her daughter participated in the filming of the program. Elena, the first wife of Mikhail Zadornov Velta Yanovnasister of Mikhail Nikolaevich, comedian Sergey Drobotenko, singer Brandon Stone, actress Irina Bezrukova and others. At the beginning of the program, presenter Maxim Galkin noted that Mikhail Zadornov did not like memorable events because of the atmosphere of sadness, so today they will remember only funny and enjoyable moments in the artist's life. However, Galkin was unable to go through the theme of Mikhail Nikolayevich's music, which appeared after the satirical's death.

The family of Mikhail Zadornov

"I'm happy to talk about it," began Elena Bombina. "What is a writer without a muse?" Throughout the years of his creative work, Mikhail invited young artists and artists to his performances. He learned from them and learned alone. But, some have enough dignity and respect for the memory of Mikhail Nikolayevich, and some win in black public relations. The theme of music personally causes me sympathy and irony. Apparently, these girls do not have enough talent, that's why they talk about Michael "

Special attention was given to those present the actress Marina Orlova. "Young Musa" Zadornov, as the artist himself called it, accompanied him on tour, as they had double rooms. According to Marina, they met with Mikhail Nikolayevich in his initiative: the satirist heard his song "My genius", he was very moved by poems, and asked the actress to share this song with his audience at a show. There were rumors that the relationship between Mikhail Zadornov and Marina Orlova went beyond the structure of the workers. The actress herself did not comment on such speculation, but said that Mikhail Nikolayevich once left a gentle message.

Elena Bombina made fun of this story. The veracity of the words of the young actress did not believe Mikhail Zadornov's friends. In addition, the studio revealed a video of Marina Orlova's participation in the show "Let's Get Married!" The actress presented a handkerchief to one of the potential suitors, who, according to her, knit. In the product she embroidered the word, we will marry an error, to which the presenters of the romantic program mocked her. "Mikhail did not like stupid people and did not communicate with them," said the widow of Zadornov and asked Maxim Galkin to give Orlov's gift, a dictionary of the Russian language. "Let's close the subject with this," concluded Bombin, and Galkin promised to attend Mikhail Zadornov's widow's request.

In memory of Mikhail Zadornov: family for the first time on love and loss. Tonight. Edition 10/11/2018