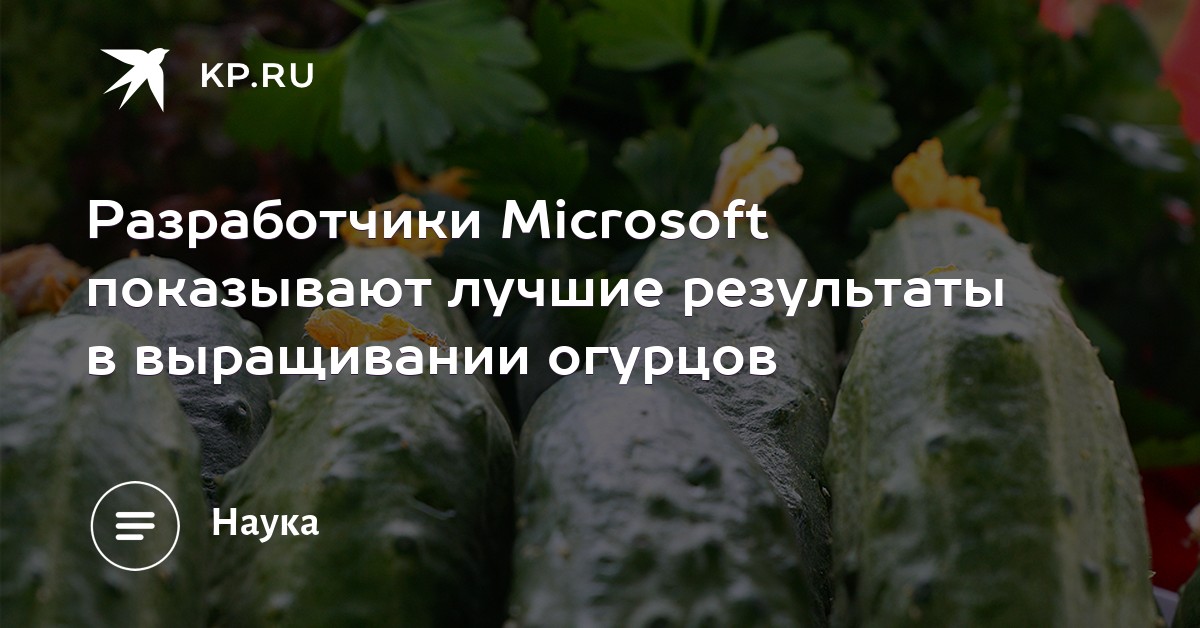 The competition for the cultivation of cucumbers announced the University of Wageningen (Netherlands). At the same time, competitors are the biggest technology giants in the world: Microsoft, Intel and Tencent. Why do they need this?

As explained the main team of Tencent David developers Wallerstein, the essence of competition is not to teach the robot to cut cucumbers and stack them into a package, but to create a completely autonomous greenhouse that makes decisions based on sensor data. Artificial intelligence also analyzes agricultural data provided by the University.

The competition started in September of this year and has not yet finished. The best IT farmers are currently employees of Microsoft Research.

In addition, along with programmers, traditional farmers also participate in the competition, but IT experts get better results.

The results will be added in December. Jury members will review the use of resources and the reliability of the methods. On the parameters of taste, but nothing is said.