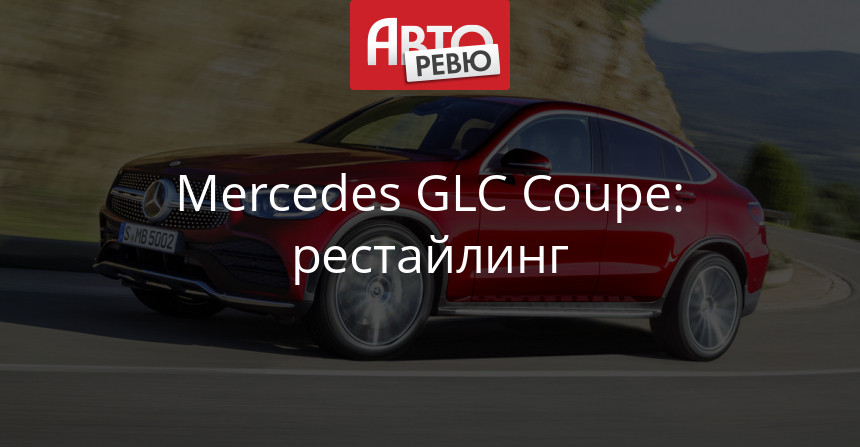 Following the Mercedes GLC SUV base, the Coupe version with a liftback body has been updated. And if you remember the list of changes in the "normal" GLC, now you can not read more: the Coupe modification did not introduce a single additional item in the restyling program. This does not negate the large amount of work done. 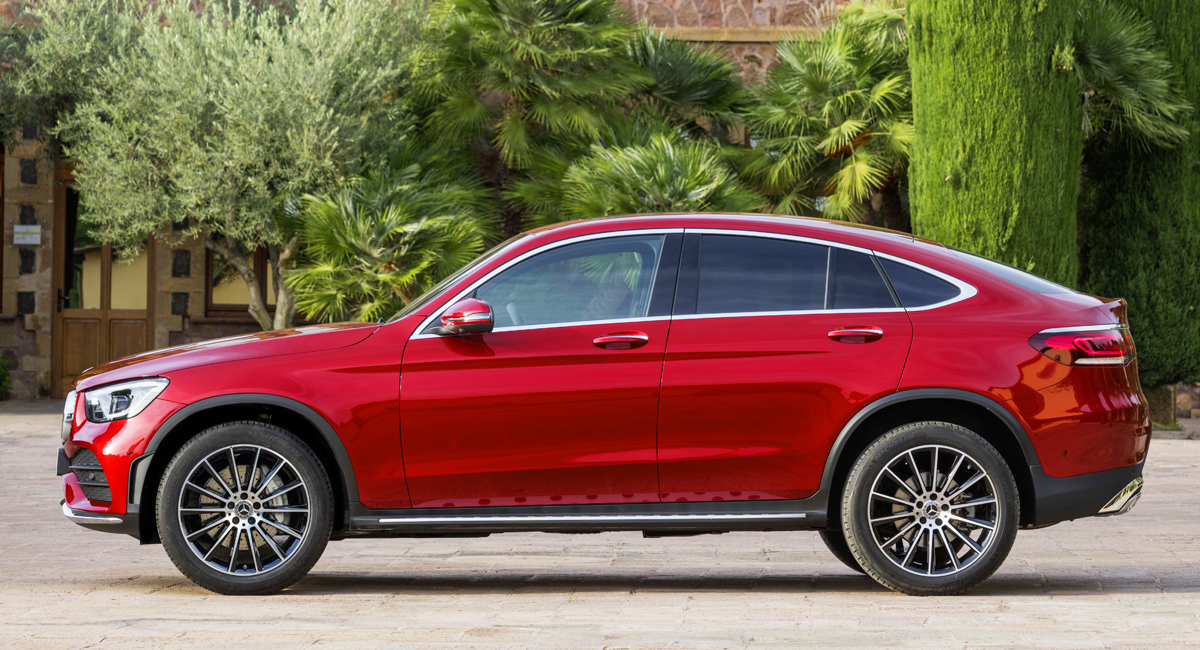 The entire GLC family now has a tougher view of the headlights, while the Coupe has the characteristic "planetarium" grid pattern. The headlights themselves – LED already in the basic configuration, the dot matrix are offered at an extra cost. Also changed the bumpers, grille, lanterns and wheels, and the body is now a little more chrome. 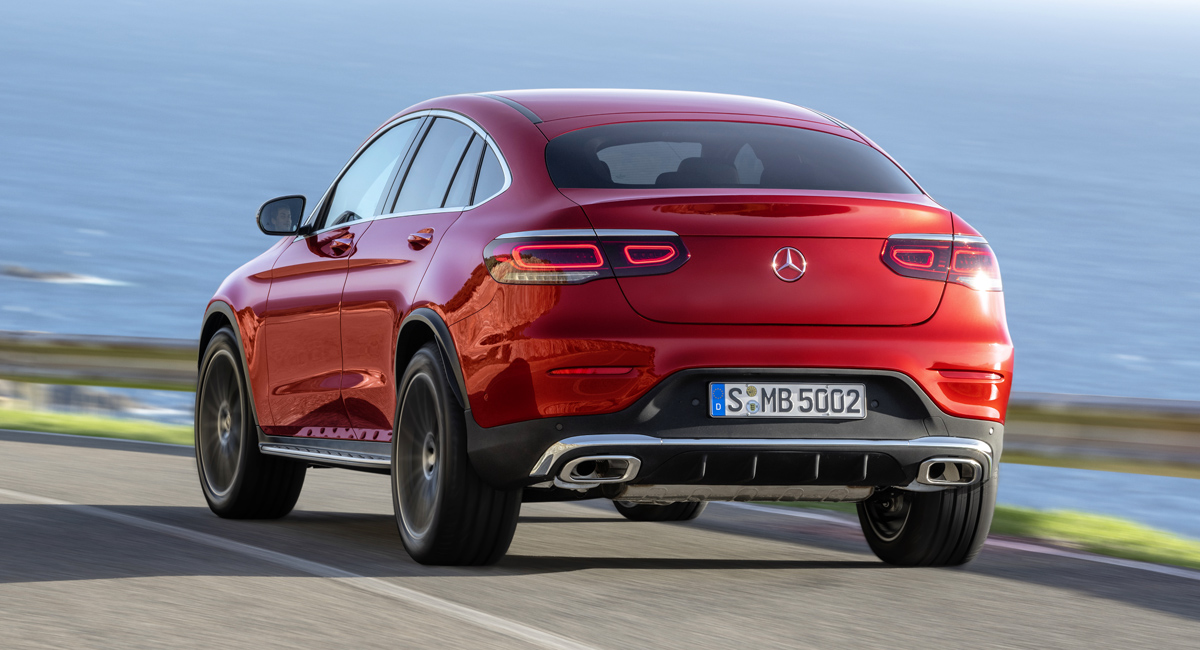 The main novelty in the cabin is the steering wheel with touch buttons on the spokes, which is already in the initial configuration. A virtual panel with a 12.3-inch diagonal, inscribed in the regular "half-wells", appeared in the list of options. Instead of the standard seven-inch screen media system, you can order a 10.25-inch widescreen display.

The "multimedia" itself is a new generation of MBUX instead of the old Comand system. The screen is now touch sensitive, there is the ability to control voice and gestures, and the remote control combined with a disc in the center tunnel gave way to a touchpad with tactile feedback. Appeared Energizing function, which synchronizes the control of the "music", microclimate, massager as well as ventilation and heated seats for tone and mood. 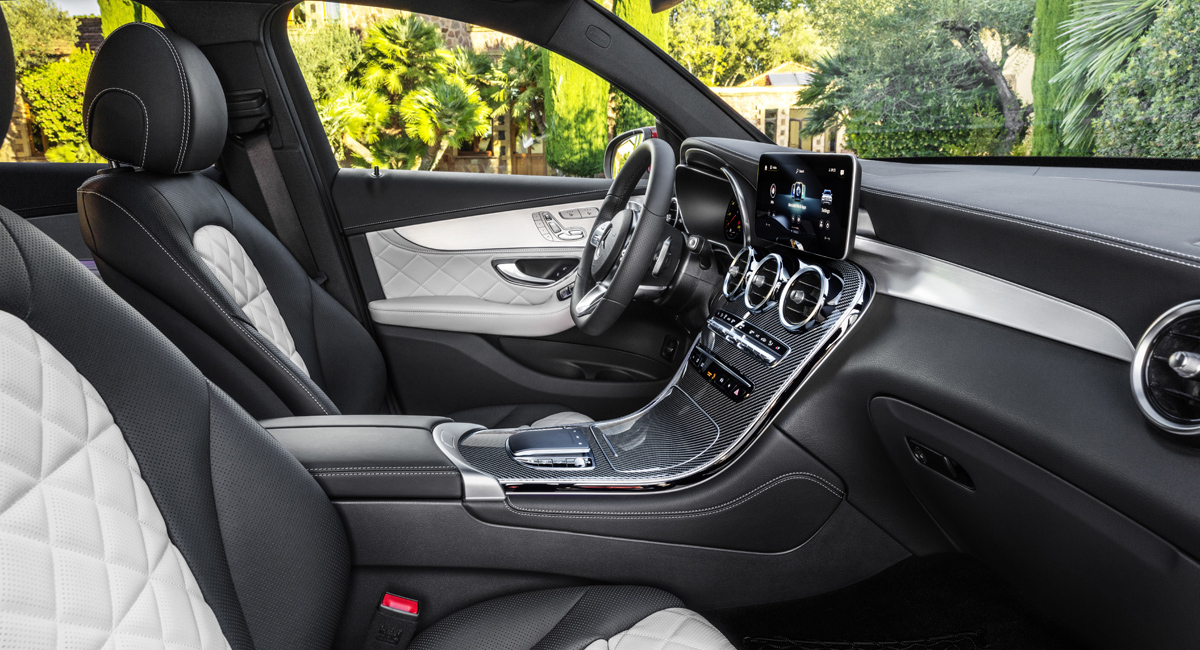 Four-cylinder engines fully updated range. The two-liter M274 petrol turbocharger has been replaced by a new similar M264 engine, which features a Camtronic variable valve timing system and a two-flow turbocharger. In the GLC 200 Coupe, this engine produces 197 hp: this crossover replaced the previous modification of the GLC 250 Coupe (211 hp). In the Mercedes GLC 300 Coupe crossover, the same engine is boosted to 258 hp. (instead of the previous 245 forces).

Another mandatory attribute of the new power unit – a belt-driven starter driven by a 48-volt electric system. Engine produces 14 hp and 150 Nm, helps in the first few seconds of acceleration, and can also quickly start the gasoline engine as part of a start-stop system. 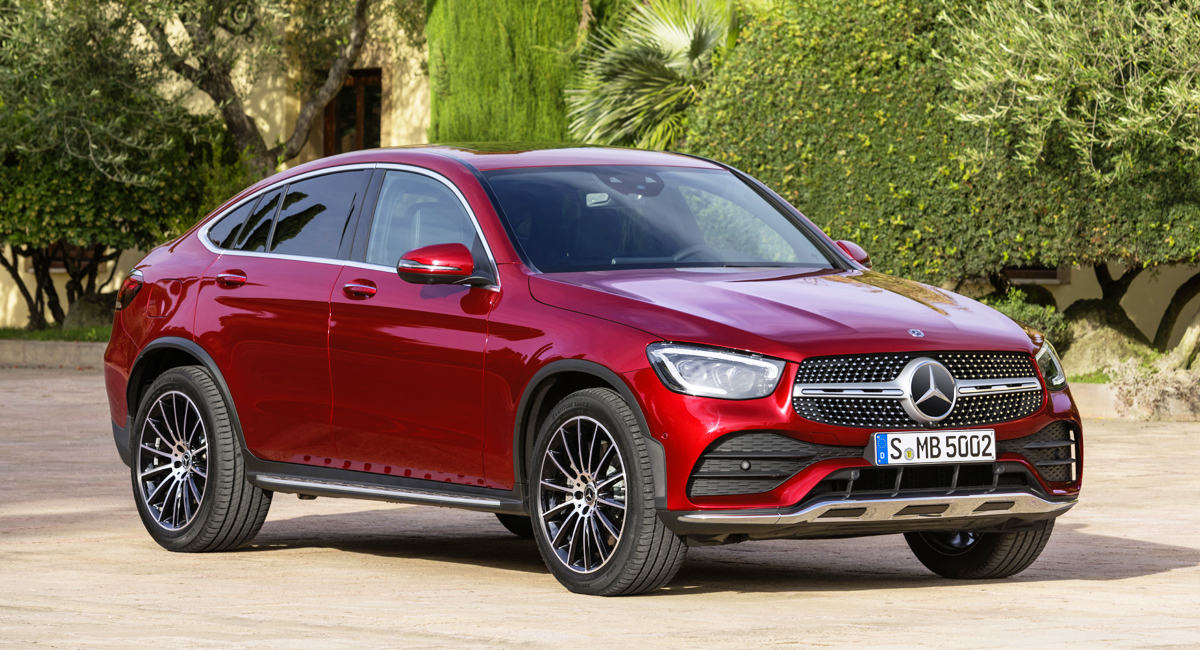 The new two-liter OM654 diesel engine has no electric assist, but has three power options at one time, rather than two for the older OM651 engine. The version of the GLC 200 d Coupe has 163 hp, the GLC 220 d Coupe crossover is 194 hp and the former GLC 300 d Coupe is forced to 245 hp. Later, as with the "usual" GLC, other modifications will be presented, including hybrid versions and six- and eight-cylinder AMGs. 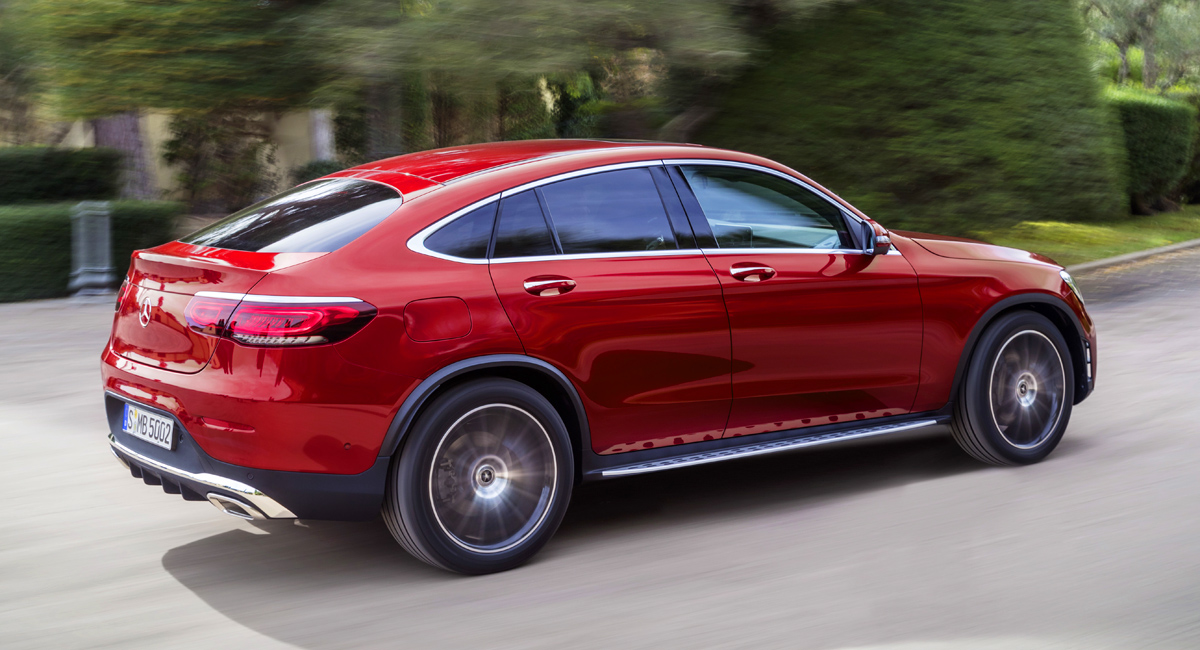 The choice of three suspension options has been preserved: spring base, Dynamic Body Control with adaptive or pneumatic shock absorbers. Finally, the wizard complex is improved. The adaptive cruise control now begins after stopping in plug mode, and the browser recognizes the tail of the tube in advance and gently slows down. A parking assistant with a trailer appeared: the sensor on the tow bar allows you to project dynamic markings on the image from the rear view camera. 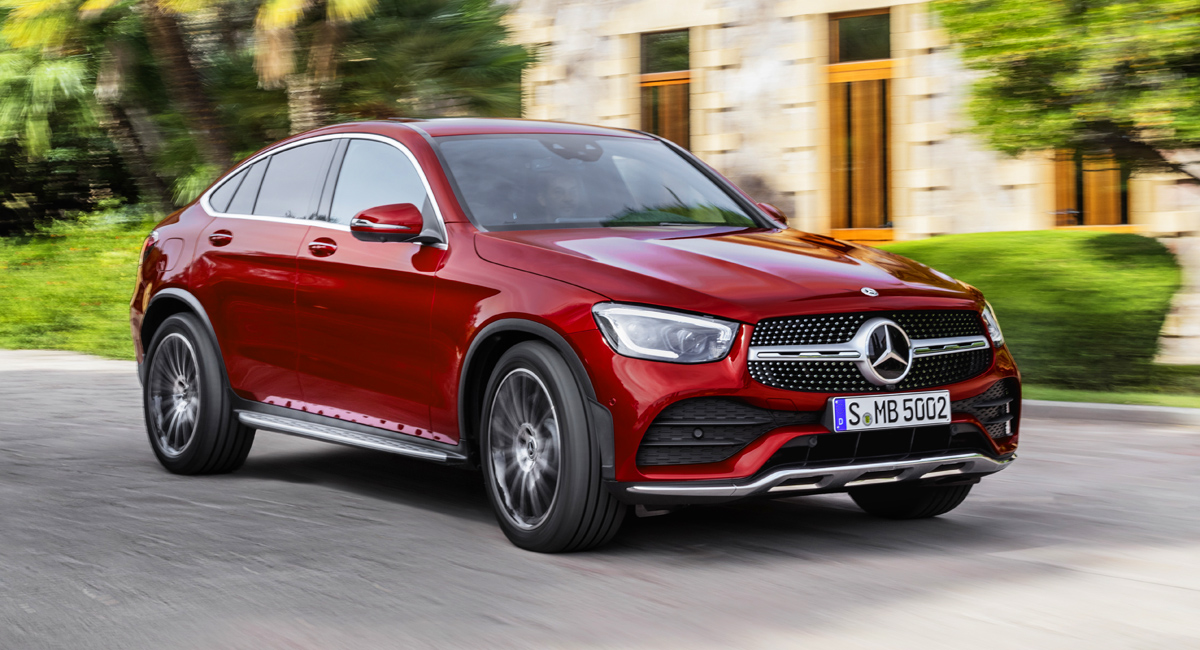 In the market, the updated Mercedes GLC Coupe will be launched in the summer at the same time as the standard GLC. But if the full-length crossover is produced in Russia, then the coupe version will remain with us imported: as now, the machines will be supplied from Europe.