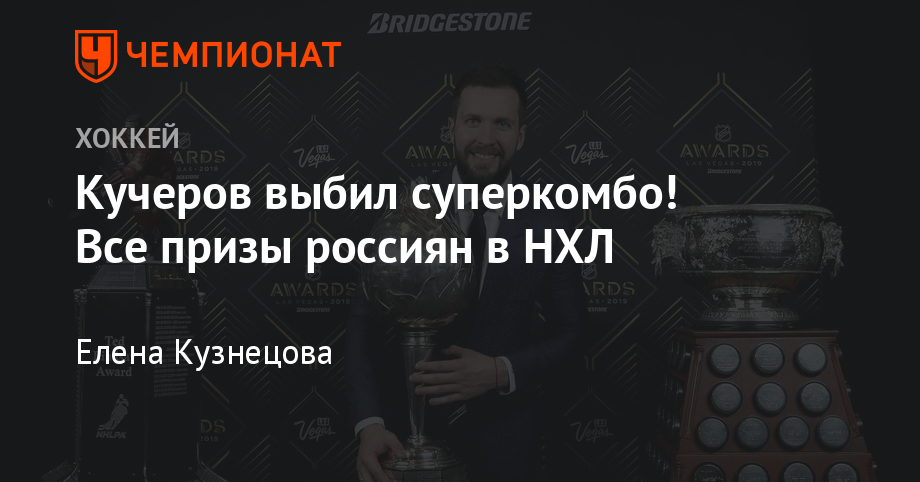 A solemn NHL awards ceremony for the season ended in Las Vegas. Russian hockey players were not alike – they won all the prizes in which they were named. Individual awards won three Russian hockey players – Alexander Ovechkin, Nikita Kucherov and Andrey Vasilevsky. The vote took place after the regular championship and did not take into account the playoffs. 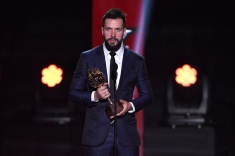 Vasilevsky with "Vezinoy", Kucherov – with "Hart"! How was the presentation of the NHL awards

The Russian players had no such NHL this season.

The years go by, hockey stars light up and leave, but only one thing remains the same – Ovechkin remains the best marksman in the world. The Washington captain for the eighth time in his career scored at least 50 goals in the regular season (51) and for the eighth time outperformed all others. This is the title of the Russian record, before he shared the league with the legendary Bobby Hull. It is true that the trophy itself was established only in 1998, and if we take only that period, no one will outgrow Ovechkin in the near future. Only Pavel Bure, Jerome Iginla, Sidney Crosby and Stephen Stemkos have become the best snipers twice.

Of course, Kucherov dreamed about this award, but about the Stanley Cup, but Art Ross was the first individual award in Nikita's career. 41 goals and 87 assists in 82 games – no one has scored so many points in the NHL since the 1995/96 season when the great Mario Lemieux scored 161 points. Kucherov made history at a time when it became increasingly difficult to score and transfer programs, and once again brought his game to a new level and beat the Russian record of performance in a season that previously belonged Alexander Mogilny. 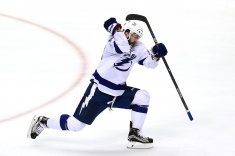 Kucherov issued the best Russian season! The record, which is more than a quarter of a century

We witness the story.

Vasilevsky was a Vezina finalist last year but the award for the best goalkeeper went to Pekka Rinne. This season, even a broken leg did not stop the Tampa goalkeeper from winning the prestigious trophy. Vasilevsky is just the second Russian goalkeeper to receive this award. Previously, Sergei Bobrovsky became the owner of "Vezina" in 2013 and 2017. And the first goalkeeper "Lightning" to whom this award was submitted.

Vasilevsky literally won a gate – 28 of the 31 general managers who voted in the club gave him the first place. This season, Andrew became the leader of the NHL wins (39 in 53 games), the fourth – in the "crackers" (6), showed a KN of 2.4 and a% ON 92.5. Only Patrick Roy and Billy Smith beat Vezinu playing fewer matches. "Awesome emotions. I was so nervous. This is not only my reward, but the whole team. Thanks for everything, guys, I love you, "said the best goalkeeper of the season, embarrassed.

This award is awarded to the best hockey player of the season, based on a vote among NHL players. Kucherov joined Sergey Fedorov, Alexander Ovechkin and Evgeny Malkin, becoming the fourth Russian in history to receive "Ted Lindsay."

There could be no doubt – Kucherov ripped the NHL throughout the regular season, helped Tampa to repeat the league record in the number of wins and beat his first Art Ross. Nikita left behind Patrick Kane and Connor McDavid.

And finally, what we were hoping for – the regular championship MVP title (to be exact – the player who made the biggest contribution to the success of his team) also beat Kucherov! The winner in this appointment is determined based on a vote among hockey journalists, Nikita was placed first in 164 of the 171 interviewed. This season, no one had any doubts about who is the best hockey player in the world. Of course, Kucherov!

"Hart" is considered the NHL's most prestigious individual award (well, except for the "Conn Smyth Trophy", of course) and is especially valuable. Kucherov became the fourth Russian after Fedorov, Ovechkin and Malkin, who won the "Hart." In addition, Kucherov was the third Russian citizen in history to have beaten Art Ross, Hart and Ted Lindsay in one season. Previously, Alexander Ovechkin was successful in the 2007/08 season and Evgeni Malkin in the 2011/12 season.

Besides the holiday, Kucherov, Vasilevsky and Ovechkin also entered the first symbolic team of all stars. Kucherov was the third Russian citizen in history to win Art Ross, Hart and Ted Lindsay in one season. Previously, Alexander Ovechkin was successful in the 2007/08 season and Evgeni Malkin in the 2011/12 season.